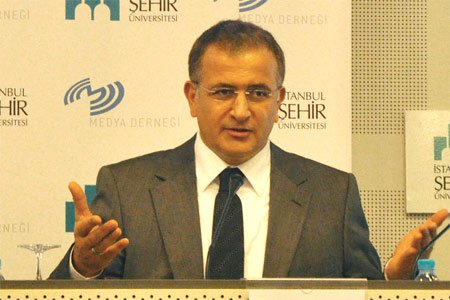 Fifteen years have passed since the Feb. 28 coup, which was said to “last for 1,000 years.” Every year that “postmodern coup” was questioned and criticized, but it never became such an object of scorn and disdain as it did this year. Certainly there are reasons for this year’s rumble against, and high-volume reactions to, Feb. 28. One cannot make sense of this rumble without having a look at the reasons behind it.

The referendum held on Sept. 12, 2010 abolished the veil of protection on the military coup of Sept. 12, 1980. As a result, the generals who staged it could be prosecuted. Now the people who were victimized during those days are filing official complaints, citing the places and people involved. This made us realize the following truth: Those who staged the coup, those who paved the way, those who supported it and those who violated human rights after the coup are being tried, and will continue to be tried, even if 30 years pass.

Making generalizations may lead us to make some errors. The obvious fact is that Feb. 28 was an operation of social engineering carried out by the military. They interfered not only with politics, but with everything else, including civil society, trade and individuals.

It is unfair to bill entire coups only to the military. First of all, in all coups in this country, the economic interests of certain groups were always calculated and safeguarded. Also, all coups have secured foreign support, since the martyrdom of Sultan Abdülaziz. Provocations by certain groups who were plus royaliste que le roi always served as the basic motivation for every coup.

Of course, there was also media involvement.

Now that Feb. 28 is under the spotlight, it is time to discuss the universal norms and rules of journalism and put an end to the media’s practice of lending support to coups. A serious mediation on this matter will help point the Turkish media in the positive direction. But if we opt to discuss this matter only with respect to the prominent figures of the time, we will not be able to find out the full truth. The most basic question is this: although theirs is inherently supposed to be the most liberal profession in the world, why are Turkish journalists warm to military regimes in a way never seen elsewhere in the world? Why do the owners/executives of newspapers see themselves as aides to antidemocratic networks? What is the web of intricate relations involved in this meaningless attitude?

At this point, we cannot predict to what extent the independent judiciary will be able to investigate the Feb. 28 coup and who will be affected by this process. We, as journalists, should focus on correctly diagnosing the reason for the Turkish press’ instinct to supporting coups and identifying the ways for them to be absolved from those sins. Unfortunately, the Turkish media sector has genes to lend support to coups. Does this apply only to the media? No! In the subconscious of a great proportion of our intellectuals can be found the virus that seeks to lend legitimacy to coups. Unless we can get rid ourselves of this malady, we will see a pro-coup group rise from the dead in every chaotic atmosphere.

The assertion, “No coup will ever be seen in this country,” is nothing but a show of goodwill or a word of hope for the future. If we cannot develop the awareness to resist coups, and if we don’t believe in the fact that the worst democracy is better than the best coup, we cannot rule out the threat of another coup in this country.

To put it more clearly: if the fuzzy, gloomy and chaotic atmosphere of the Feb. 28 coup is created again, there is still a group of people who will provoke coups more fervently than ever. We could see this risk in the cases against Ergenekon. Those who lent support to the military e-memorandum of April 27 just five years ago were not a small group of people who were left over from the enthusiastic supporters of Feb. 28. This pro-coup mentality is what we should confront instead. Without destroying that mentality, every criticism expressed will be nothing but an effort to find a scapegoat.

Original article was slightly summarized. If you want to read the whole article, click above link.