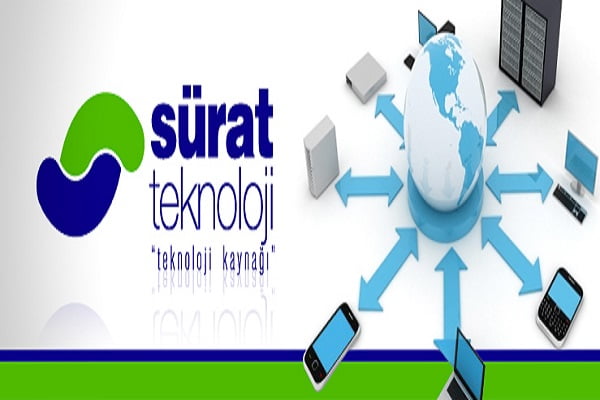 The Counterterrorism Department is now overhauling computer systems, telephone and Internet networks, fingerprint databases and security camera systems, said the daily, claiming that Gülenists have been infiltrating the technical infrastructure but without providing any proof of the assertion.

The piece also noted that Sürat Teknoloji, a Kaynak Holding company said to be affiliated with the Hizmet movement, was contracted to install Mobile Electronic Systems Integration (MOBESE), a citywide camera surveillance system, and proceeded from there to suggest that Sürat had “tampered with” video footage that was released in February showing that an “assault” on a headscarved woman in Kabataş by Gezi protesters did not happen the way the woman described it in her testimony.

Today’s Zaman called Sürat Teknoloji to ask whether Daily Sabah’s claims were true. The company’s corporate communications department said the daily had not called them about the story before its publication and rejected the claims as baseless. Sürat said the company only installed the MOBESE system and that Daily Sabah’s allegations that the company had intercepted the videos captured by MOBESE cameras and edited them were untrue.

The government media, so called because it is impossible to find a single article with even a mildly critical view of the ruling party in these outlets, has been churning out fabrications about the Hizmet movement since a corruption probe erupted on Dec. 17 of last year. Daily Sabah, an English-language paper owned by Turkuvaz Media, was born at the height of the political chaos following Dec. 17. Ever since its inception, the paper has been a staunch supporter of and propaganda machine for the ruling Justice and Development Party (AK Party) and the government. It has jumped on the government media bandwagon, demonizing and spewing vitriol at the Hizmet movement, which it claimed was behind the graft probe. The paper also stigmatized the prosecutors who launched the investigations in the first place as covert members of the Hizmet movement and denigrated them, paying no heed to their denials of any affiliation with the movement.

Hizmet is a grassroots education and interfaith dialogue movement operating all over the world. It is inspired by the teachings of Islamic scholar Fethullah Gülen, who lives in self-imposed exile in Pennsylvania. After Dec. 17, the government media began to call the members of the movement followers of Gülen, or Gülenists, a term that Gülen himself categorically rejects on the grounds that a global movement adhering to transcendental values and pursuing higher goals cannot simply be affiliated with any mortal individual.

A recent example is an article about an alleged Interior Ministry probe into private security companies “after allegations surfaced that companies linked to the Gülen movement illegally recorded conversations and footage of businesspeople who serve as their employers.” The story first appeared in other spin-heavy media outlets, which claimed that a “probe” had been launched by the Interior Ministry, without elaboration or details on the purpose of the probe, when it began, which specific companies are being targeted, which allegations led the ministry to delve into the operations of private security companies and so on.

The Turkuvaz Media Group, which brings together such popular outlets as the Sabah and Takvim dailies and the ATV channel as well as the English-language Daily Sabah, has been referred to as the “pool media” since allegations surfaced that a group of businessmen formed a pool of funds to purchase the group as per the instructions of Prime Minister Recep Tayyip Erdoğan in return for privileged treatment in public tenders. These allegations are based on a number of voice recordings, purportedly of Erdoğan and businessmen who were involved in the scheme. Anonymous Twitter accounts uploaded the recordings onto social media platforms, arguing that they were legally obtained during surveillance in corruption investigations that had been crippled by mass purges of prosecutors and police officers. The Turkuvaz Media Group and the businessmen mentioned in the tapes have rejected on many occasions having received orders from Erdoğan to pool money for the acquisition of these media outlets.