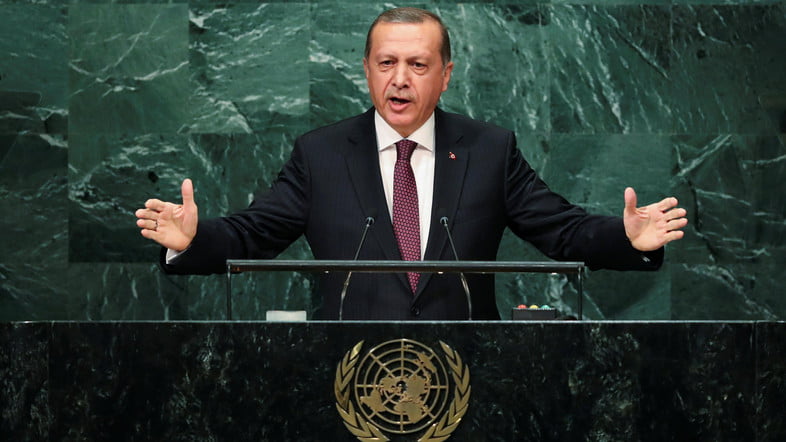 Turkish President Recep Tayyip Erdogan on Tuesday demanded international action against the US-exiled preacher Fethullah Gulen, whom he accuses of orchestrating an aborted coup d’etat against him.

“I would like to call on all our friends to take the necessary measures against the Fethullah Terrorist Organization in their own countries for the future of their own people and their well-being,” he told the UN General Assembly, referring to Gulen’s movement.

Gulen, who fled Turkey for Pennsylvania and has been active in religious dialogue and charity, strongly denies Erdogan’s charges that he organized the July military coup attempt, which quickly collapsed.

Erdogan told the United Nations that the movement was present in 170 countries, posing a “national security threat” to all of them.

“This terrorist organization is in a deep mental heresy of subduing the whole world, far beyond Turkey,” he said.

“It is evident from our experience that if you do not fight against FETO now, tomorrow may be too late,” he said, referring to the group by an acronym.

Erdogan has pressed the United States to extradite Gulen. US Vice President Joe Biden said on a visit to Turkey that legal experts and courts would need to review evidence against the preacher.