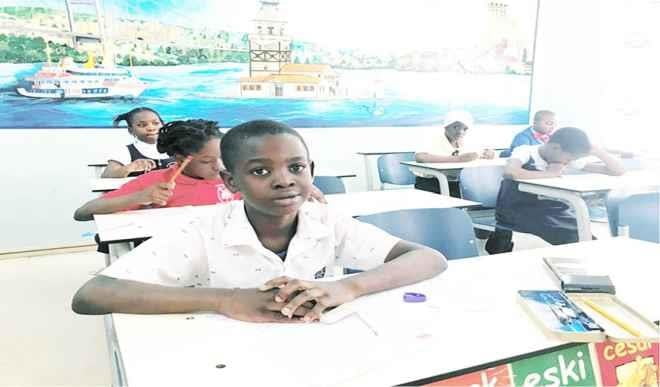 NTIC has put into practice the Federal Government’s policy trust to develop and build capacity in the science and technology sub-sector of the nation’s economy and develop the younger people in colleges to be technology driven and inclined.

The 15th edition of the competition was organised for maths enthusiasts in primary 5 and 6 across the country by the colleges in conjunction with the National Mathematical Centre.

At the end of the event in Abuja, recently, NITC awarded scholarships to 48 pupils to cover their secondary school education.

Speaking at the event, the Managing Director of NTIC, Orhan Kertim, said, “For 15 years, NTIC has been promoting effective teaching and learning of mathematics at the primary level and developing greater capacity through National Mathematics Competition.”

According to him, about 39,500 pupils took part in the contest in various states across Nigeria, but only 48 were able to make it to the top.

Mr. Kertim observed that the competition, which started in 2003, has become prominent and responsible for sourcing great talents in the subject of mathematics, stressing that NTIC has been the only sponsor of the competition, though some level of collaboration is usually made to secure government representation through the National Mathematical Centre.

The zonal and regional awards which took place in Abuja, Kaduna, Kano and Ogun on April 7, 2018, witnessed the emergence of 48 exceptional students who were awarded scholarships that covered their secondary school year plus cash prizes.

The top three positions were awarded full tuition plus cash prizes that ranged from N100,000 to N300,000. Their maths teachers too, received cash prizes up to N200,000 while their respective schools got gifts including photocopiers, desktop computers, printers and smart phones.

Since its inception, 260,200 pupils have participated in the competition across Nigeria and the NTIC has offered scholarship that covered tuition and hostel fees for six years to the winners.

Sources said the students that got admission into NTIC through the competition are doing remarkably well in their studies. Among them are; Henry Aniobi, a 2007 winner. Henry is a three-time Pan African Mathematical Olympiad winner with 2 gold and 1 silver won in Côte d’Ivoire, Tunisia and Nigeria. He is also a four-time International Mathematics Olympiad bronze medallist.

Vincent Anioke, a 2006 winner scored 2390 out of 2400 in S.A.T and gained scholarship into MIT, one of the world’s leading universities.

In his remark, the Deputy Managing Director of NTIC, Mr Feyzullah Bilgin, affirmed that the competition will go on with the aim of enhancing the love for mathematics at the foundation level by sensitizing, encouraging and motivating the interest of students in the study of mathematical sciences, thus paving the way for excellent performance in the study of science subjects.

The representative of the Director of NMC, Dr. Steve Dele, expressed confidence and trust in the leadership of NTIC in its efforts to promote mathematics and science education in Nigeria over the years.

He said government is interested in reputable organizations like NTIC to partner in building and developing the capacity of the young people in schools.