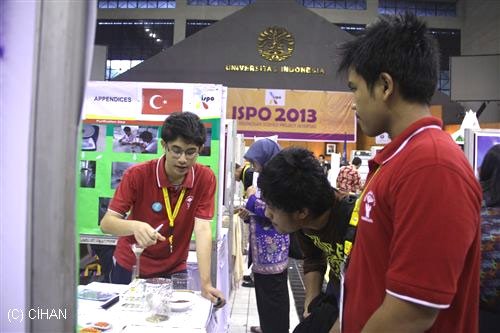 The Stanford Marshmallow Experiment was a series of studies on delayed gratification in the late 1960s and early 1970s led by psychologist Walter Mischel, then a professor at Stanford University. In these studies, a child at the age of 4 was offered a choice between one small reward (sometimes a marshmallow, but often a cookie or a pretzel, etc.) provided immediately or two small rewards if he or she waited until the tester returned (after an absence of approximately 15 minutes). In follow-up studies, the researchers found that children who were able to wait longer for the preferred rewards tended to have better life outcomes, as measured by SAT scores, educational attainment, body mass index (BMI) and other life measures. [1]

For example, 2011 Follow-up study showed the fact that brain imaging study of a sample from the original Stanford participants when they reached mid-life showed key differences between those with high delay times and those with low delay times in two areas: the prefrontal cortex (more active in high delayers) and the ventral striatum (an area linked to addictions) when they were trying to control their responses to alluring temptations.

Follow-up studies on these preschoolers found that those who were able to wait the 15 minutes were significantly less likely to have problems with behavior, drug addiction or obesity by the time they were in high school, compared with kids who gobbled the snack in less than a minute. The gratification-delayers also scored an average of 210 points higher on the SAT. [2]

The authors suggest that the correlations between marshmallow performance and later life success may therefore be confounded, with successful children being raised in reliable situations. Prior to the Marshmallow Studies at Stanford, Walter Mischel had shown that the child’s belief that the promised delayed rewards would actually be delivered is an important determinant of the choice to delay, but his later experiments did not take this factor into account or control for individual variation in beliefs about reliability when reporting correlations with life successes.

Now a new study demonstrates that being able to delay gratification is influenced as much by the environment as by innate ability. Children who experienced reliable interactions immediately before the marshmallow task waited on average four times longer—12 versus three minutes—than youngsters in similar but unreliable situations.

This is a very convincing evince on the effect of the environment on Child personal and scholastic development .

The recent findings are speaking about the extraordinary achievement that Gulen inspired school have demonstrated all over the world so far. There are currently more than thousand Gülen-inspired schools around the world. In the European countries, there are at least a dozen Gülen-inspired schools, and more than 150 smaller educational and cultural centers. Education in Gulen inspired school has been defined as an learning environment to addresses cognitive, affective and behavioral learning and can occur both within schools, through curriculum development and teacher education, and outside of schools, through camps, sports and recreation programs, youth groups and clubs, and training for community leaders, parents. And, the Gulen inspired schools worldwide become an exceptional model reliable learning environment . Worldwide Gulen Inspired Schools share ideas that even young children have expectations about the world and that those expectations impact their willpower and character. And, the school environment including the staff has the major effect on children’s development. Gulen has mentioned in the effect of the environment on the child’s character-related development.

“ Those who wish to predict a nation’s future can do so accurately by analyzing the education and upbringing being given to its young people.Until we help our young people through education, they are captives of their environment. They wander about aimlessly, moved by intense passions and far away from knowledge and reason. They can become truly valiant young representatives of the national thought and feeling only if their education integrates them with their past and prepares them intelligently for their future.Think of society as a crystal vessel, and of its young people as the liquid poured into it. Notice that the liquid assumes the vessel’s shape and color. Evil-minded champions of regimentation tell young people to obey them instead of the truth. Do such people never question themselves? Should they not also obey the truth? “ [4]

Gulen Inspired Schools provides an environment where they trust in a clear long-term gain. One of the main factors behind the success of these schools is commitment and dedications that have been presented by teachers and managers. One common characteristic of the staff is the commitment to the common goal to make a positive impact to the society. The teachers’ unique approach to the education of their students has constructive impacts and has assisted them to be motivated towards their studies with positive influences on their attitudes. Student education in the reliable environment will develop better willpower and character, and will eventually be equipped with all the skills to become successful in long term.