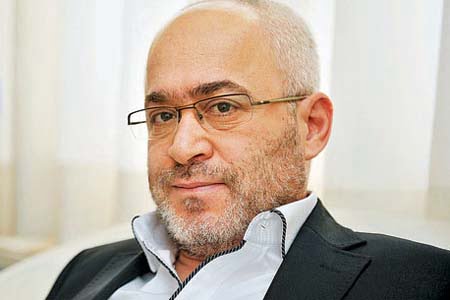 The state is a mighty institution. If certain limitations are not in place, it invariably crushes individuals and their freedoms. If there are widespread extra judicial killings and torture, you cannot even dare to defend your most basic rights. If you do not have freedom of expression, you cannot protect your rights. If you cannot unite with others and organize, your voice will remain weak.

If you do not have property rights, you will be prone to interference by the state. If you do not have religious institutions in which the state cannot interfere, you will not find a haven in difficult times. When any of these safeguards start to weaken, the others will also be shaken. Power is like water; it will fill whatever gap it finds.

The government is making dramatic moves these days. Prime Minister Recep Tayyip Erdoğan has stated that the government will interfere in mixed-gender student housing because it finds this kind of coexistence contrary to its conservative values. This kind of interference by the state in an individual’s private life can only happen in totalitarian regimes.

Now, the prime minister is talking about closing the prep schools in which students enroll to get additional education and be more successful on university entrance examinations. When you listen to Prime Minister Erdoğan, he makes some arguments in this regard: The prep schools create a disadvantage for some, they are expensive and so on. But his whole argument is just a blur of some basic facts. These prep schools are only open to individuals who choose to enroll in them. No one is forced to register with these institutions. If state officials do not like these kinds of institutions, then they can pursue some public policies that would make them less attractive to people. For example, they could change the university entrance exam system so that people may need less external help provided by prep schools and others.

However, Prime Minister Erdoğan is not talking about changing the university entrance examination system or anything like that. He is simply talking about closing down prep schools, which is unmistakably totalitarian interference in the choices of individuals. And, if you ask me, with this move, the government will grossly violate some basic rights. It is interference in free enterprise. People can invest in whatever field they wish, so long as it is not in violation of any laws. By closing these business institutions, the government would also be interfering in labor rights because a lot of people will lose their jobs. Closing down prep schools is a clear violation of the right to education, which includes an individual’s right to receive whatever training or education he or she wishes to receive.

Everyone knows that Erdoğan is taking these steps for a single purpose: He wants to weaken the Gülen movement, which generates serious revenue from operating prep schools across the country. He wants to punish the Gülen movement, and so he wants to cut off one of its financial resources. Some people may like Islamic scholar Fethullah Gülen; others may be irritated by him and his movement. A politician may be irritated by a religious figure or sect, and this politician could be prime minister of this country. However, if a prime minister decides to punish a religious movement, and if he tries to deliver this punishment by taking away some of its financial means, then this is a clear threat to democracy.

Therefore, closing down prep schools is not a simple policy measure in the field of education but a serious threat to democracy and a pluralist society.

I hope it will not happen.