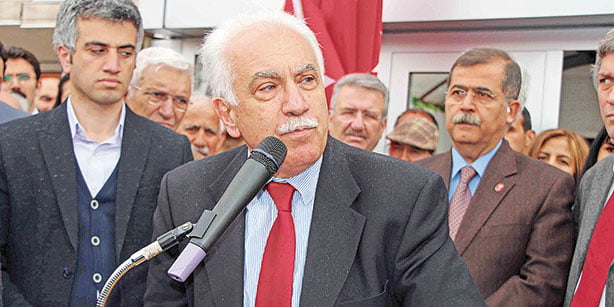 The İstanbul 13th High Criminal Court last week completed a 16,000-page reasoned decision on the historic Ergenekon case in which hundreds of suspects, including military generals, were handed life sentences on the charge of plotting to topple a democratically elected government. The reasoned opinion dwells at length on Ergenekon’s plans to discredit the Hizmet movement, which is very active in the educational sector both at home and abroad.

Recently leaked voice recordings have revealed that the Ergenekon plans are in line with recent attempts by the government and newspapers which the AK Party had forced businessmen to purchase in return for favors from the government.  Both Prime Minister Recep Tayyip Erdoğan and the media organs, which were found to have been purchased to especially function as a propaganda machine for his government, have been falsely accusing the Hizmet movement of various crimes, from treason to espionage.

Hard disks used by Ergenekon members and submitted to the İstanbul 13th High Criminal Court as evidence by the General Staff contain documents that detail the course of action the terrorist network sought to take against the Hizmet movement to discredit it in the eyes of the public. The documents on the hard disks note that polls indicate all the activities of the Hizmet movement are appreciated by the general public and that the generals had failed to find proof of criminal activity in an Hizmet-affiliated agency. The documents show the coup plotters then decided to accuse Hizmet of spying and treason.

The reasoned opinion cites several documents in which the plotters decided to portray Hizmet as a movement controlled by the US. The plotters also hoped to encourage foreign countries to shut down Hizmet schools.

In a major reversal, the Yeni Akit newspaper, which had once slammed the Ergenekon network and its alleged members, interviewed Workers’ Party (İP) Chairman Doğu Perinçek, who was given life imprisonment without the chance for parole for being a member of the Ergenekon network but was recently released after the government amended legislation regarding the maximum detention period for inmates until their conviction is final. Perinçek told the newspaper he supported the AK Party government in shutting down Hizmet schools and facilities.

However, in another interview with the Aydınlık newspaper published on the same day, Perinçek accused Erdoğan of being part of a US-led plot to cause Turkey to disintegrate.

Prime Minister Erdoğan has been actively trying to shut down Hizmet schools abroad. There were allegations that he had requested Shahbaz Sharif, the chief minister of Punjab, Pakistan, to shut down the 23 Turkish schools in the country. It was also suggested that the main purpose of Erdoğan’s recent visit to Azerbaijan was to convince officials there to shut down Hizmet schools in the country. Erdoğan has also been actively been calling on his voters to stop sending their children to Hizmet-affiliated schools or educational facilities.