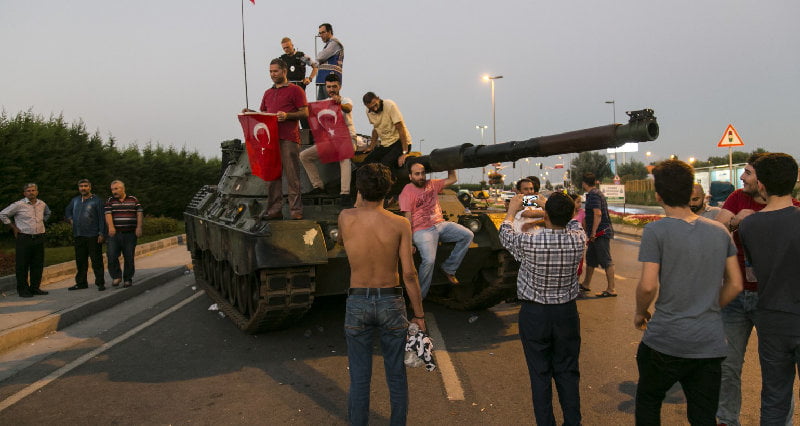 The 307-page-long report, prepared by CHP deputies Zeynel Emre, Aykut Erdoğdu, Sezgin Tanrıkulu and Aytun Çıray, was revealed at a news conference in Parliament on Monday.

“The treacherous coup attempt on July 15 was a controlled coup that was foreseen, not prevented, and whose consequences were abused,” said Çıray as he spoke at the briefing.

CHP leader Kemal Kılıçdaroğlu has been claiming for some time that the Justice and Development Party (AKP) government and President Recep Tayyip Erdoğan knew about the coup plan but they did not take the necessary measures to prevent it.

“The treacherous and bloody coup attempt was an unexpected, shocking and appalling development for the innocent citizens of the country. However, there were some who knew that this treacherous coup attempt would take place and those who waited for it,” says the report.

The CHP’s report on the July 15 coup attempt also refers to columns penned by pro-government journalist Fuat Uğur from the Türkiye daily, who wrote about coup plans in columns published on March 24, April 2 and April 21, 2016.

“These articles written by Fuat Uğur and similar columnists months before the coup attempt were an obvious source of intelligence for MİT. It is unthinkable for MİT not to have any idea about what Fuat Uğur knew,” says the report.

The CHP criticized a recent report prepared by the AKP government on the July 15 putsch on the grounds that it did not reveal the political phase of the coup attempt and aimed at covering up the coup rather than shedding light on it.

The military coup attempt on July 15 killed over 240 people. Immediately after the putsch, the AKP government along with Turkey’s President Recep Tayyip Erdoğan pinned the blame on the Gülen movement.

Representatives of automotive manufacturing companies from 27 countries were in the city of Konya on Tuesday to participate in a trade and investment summit organized by the Turkish Confederation of Businessmen and Industrialists (TUSKON).