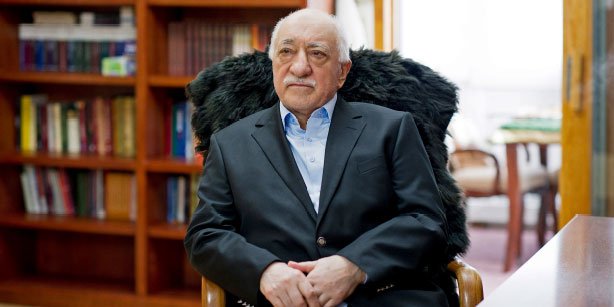 “The public still does not know the criteria that are being used to identify who should be reassigned where,” the scholar told prominent Arab newspaper Asharq al-Awsat in an interview, the first part of which was published on Monday. Gülen described the reassignments as seemingly “arbitrary.”

In his interview, Gülen discussed the Hizmet movement, the Turkish government ban on private prep schools (dershanes), the Hanafi school of Islam and the relationship between Islam, politics and democracy among other subjects.

In his introduction to the interview, journalist Manuel Almeida said the Turkish honeymoon, which saw unprecedented economic and political stability in Turkey, had come to an end. At the center of today’s storm is Prime Minister Recep Tayyip Erdoğan, who is “accused by the opposition of succumbing to the arrogance of power and of pursuing an agenda to Islamize Turkey.”

“His heavy-handed response to protests and a succession of recent corruption probes and allegations involving Justice and Development Party [AK Party] ministers, as well as the prime minister and his close family, have only added fuel to the fire,” Almeida wrote.

For the AK Party leadership and many Turkey observers, it is the supporters of Gülen who are responsible for the allegations and the “anonymous release of audio recordings with the purpose of incriminating the prime minister,” Almeida said. Erdoğan accuses Gülen of running a “parallel state” and of infiltrating the police and the judiciary. Gülen has publicly denied these accusations.

Asharq al-Awsat spoke with Gülen in the run-up to Turkey’s March 30 municipal elections, which are considered to be an important test of the government’s popularity ahead of presidential elections this summer and parliamentary polls which are scheduled for next year.

The newspaper said that Gülen had always denied having political ambitions, but acknowledges that he has followers within the state apparatus. Asked if this works to the scholar’s advantage in Turkey, Gülen stressed that the Hizmet movement does not pursue political aims, but tries to serve humanity through educational, social and cultural activities. “It invests all its time and energy in these services. It aims to solve social problems by focusing on individuals,” Gülen stated, adding that “if the movement had political aspirations, it would have established a political party in 2001, when the political scene was quite suitable for such an initiative, but it did not. Likewise, if we really wanted to, we would have ensured that we had many supporters in the ruling parties that have come to office to date, but we did not. Until very recently, there had been only two members of Parliament associated with the Hizmet movement in the ruling party, which is known to everyone,” he said.

According to Gülen, public servants who are alleged to be sympathetic to the Hizmet movement are bound by the legal system and the code of conduct of the authorities they work for, are strictly subordinated to their superiors and their duties are clearly defined. “I really don’t know if or how this may be an advantage for any social group,” he said. Gülen also supported the view that if there are people within the state bureaucracy who follow an ideology or movement instead of obeying their superiors or their institution’s regulations, they must be “found and punished,” even if they claim to be acting on his behalf. “If there are public servants who claim to sympathize with the Hizmet movement [who] commit crimes, investigations should be swiftly launched against them; they must be brought to justice. The movement’s stance regarding transparency and accountability is clear and will remain so.”

The Islamic scholar said that only political systems which insist on full transparency can demand the same from civil society. However, he said, “it is a sign of insincerity” to tell everyone else to be more transparent while not holding the state and politics to the same standard. “The latest wave of profiling, wiretapping and bureaucratic purges in Turkey reinforces the point I make. Thousands of public officials have been reassigned without any disciplinary procedure following the December 17 corruption investigations. The public still does not know the criteria that are being used to identify who should be reassigned where. The entire process gives the impression of an arbitrary process.”

Since Dec. 17 of last year, when a major corruption and bribery investigation was made public, as many as 7,000 police officers are believed to have been removed from their duty and assigned to different positions. In addition, dozens of prosecutors, including those involved in the probe into the corruption and bribery claims, have been reassigned. Critics have accused the government of reassigning the police officers and prosecutors in order to prevent the corruption probe from gaining ground. Moreover, certain officials from other government agencies, including the Turkish Radio and Television Corporation (TRT) and the Ministry of Finance, were also sacked.

Gülen told Asharq Al-Awsat that members of the Hizmet movement, who he avoids calling “my supporters” or “any other person’s supporters,” are “from a diverse array of ethnic, religious or political groups who voluntarily come together in the light of certain common values.” He said these values include “freedom, human rights, respect for beliefs, accepting everyone for who they are, openness to dialogue, dislike for abuse of religion for political ends, respect for laws, refraining from the abuse of state resources, asserting that there is no turning back from democracy, rejecting the use of the state resources and coercion to transform individuals or societies or impose certain religious beliefs on them, trust in civil society, and promoting peace through educational activities.”

When asked about the Turkish government’s move to ban private prep schools (dershanes), Gülen said that the schools are a necessary byproduct resulting from the shortcomings of the Turkish educational system. “They are legitimate businesses run by people in full compliance with existing laws and in line with the principle of free enterprise, which are enshrined in the Constitution,” he said, adding that they operate under the supervision of public authorities. “Moreover, they dutifully pay their taxes to the state. What is more, only a small proportion of the prep schools in Turkey belong to businesspeople affiliated with the [Hizmet] community,” he noted.

According to Gülen, if the state forces these schools to shut down, this would “deal a blow to both access to education as well as the principles of free enterprise.”

Earlier this month, a controversial bill seeking to shut down prep schools, which help students prepare for high school and university entrance exams, was passed by Parliament.

Asharq Al-Awsat also asked Gülen if he believes that Islam should be given more prominence in politics and the public sphere. The scholar responded that if Muslims can freely practice their religion, perform their religious duties, establish institutions according to their religion, teach their religious values to their children and other aspirants, voice their beliefs in public and make religious demands in compliance with laws and democracy, then they do not have to try to establish a religious or “Islamic” state. “If a country’s administration is forcibly seized and people are forced to become religious, it would turn them into hypocrites. These people will pretend to be pious at home, but when they go abroad, they will indulge in the most extreme forms of sin and irreverent and irreligious acts. In such a country, respect for the rule of law diminishes and hypocrisy increases,” he noted.

According to Gülen, Turkey cannot be described as a full-fledged democracy. “Practicing Muslims who were oppressed in the past, such as Muslim female students who were banned from wearing headscarves on university campuses, have attained many rights as a result of the country’s EU bid. In this respect, the EU accession process has brought a number of benefits to Turkey. As part of this process, serious democratic reforms have been introduced to the country. If these reforms are maintained and Turkey’s democratic system can attain the EU standards regarding the rule of law and respect for human rights and freedoms, then I think Turkey’s Muslim identity will not be seen as a roadblock to its full membership,” the Turkish scholar said.

I believe that the people of France will reconstruct this historic building and fully restore its magnificence. I extend my condolences to the French President Emmanuel Macron, Archbishop Michel Aupetit, the rector Patrick Jacquin, ministers of Notre Dame Cathedral, and the people of France. I invite everyone to support the efforts to reconstruct this beautiful Cathedral.