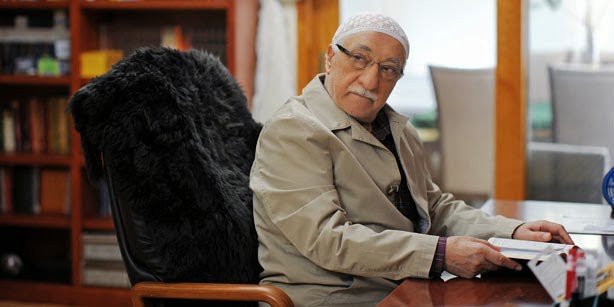 Speaking during a weekly sermon released on the Herkul.org website on Monday, Gülen said according to news from reliable resources, people with dark intentions who have influence over power centers in Turkey have already decided to kill an important politician and will put the blame on the Gülen movement, which is accused by the government and President Recep Tayyip Erdoğan of being behind a failed coup on July 15. The movement and Gülen strongly deny the accusation.

“They can try to blacken the image of our blessed Hizmet [(Gülen) movement] with a murder by an unknown assailant. Whether from the MHP or the CHP, by killing a person they want to create dislike for Hizmet among them. The decision [for assassination] is taken by the ‘first hand.’ [They’re just] waiting to decide on the victim… In other words, [they say] ”If we select the right person, that will allow us to hit the bull’s eye,” Gülen said.

Underlining that the world abhors watching the disgrace of pro-government circles putting the blame on the Gülen movement for all unsolved crimes in Turkey, he said his sympathizers could once again be implicated in this assassination with the help of false news put out by pro-government media outlets.

In a statement on Herkul.org last week, Gülen said fabricated stories in the pro-government media about new terror attacks and political assassinations in Turkey could be associated with followers of the faith-based Gülen movement.

Gülen said that fabricated news against the movement in the pro-government media, claiming that Gülen movement followers in association with the Kurdistan Workers’ Party (PKK) and Islamic State in Iraq and the Levant (ISIL) were planning terror attacks and the assassination of government and opposition leaders, are baseless and aim to blacken the image of the movement.

Underlining that the movement has never been involved in any kind of violence in its history, Gülen also noted that fabricated stories aim to divert the attention of the public from radical groups such as Al-Nusra, which came to public notice when a police officer killed Russia’s envoy in Ankara in December and which is also known for receiving support from Turkey’s government.

“It is not a remote possibility that blame for new terror activities could be put on Hizmet [Gülen movement] sympathizers, similar to several other unsolved murders and dark incidents between 2000-2013 […], and following the July 15 [failed coup attempt] conspiracy. Especially after failing to label Hizmet as a terrorist organization globally, it is well-grounded to think that there might be new attempts at attacks and assassinations [that pro-gov’t circles may blame on the movement],” he said.

Gülen further underlined that the movement and its sympathizers will never give up their faith in democracy and the rule of law even if they are facing a government crackdown, oppression, discrimination, torture, tyranny or banishment, the likes of which have never been seen in history.

“The priority of those people [who are sympathizers of the Gülen movement] is to struggle against poverty, disunity and ignorance in order to make peace dominant in the world, and their slogan would be ‘positive movement’,” he concluded.

Immediately following the discovery that the gunman who shot the Russian ambassador to Turkey on the evening of Dec. 19 was a police officer, the pro-government media was quick to put the blame on the Gülen movement.

The gunman, Mevlüt Mert Altıntaş, chanted Islamist slogans also used by radical terrorist organization the Al Nusra Front after he shot Russian Ambassador to Turkey Andrei Karlov at an art gallery in Ankara. Yet, several pro-government columnists did not hesitate to label the gunman ‘FETÖ,’ a derogatory term the government coined to call the Gülen movement a terrorist organization.

Erdoğan also said during a press conference in Ankara on Dec. 21 that the assassin of the Russian ambassador is obviously a member of FETÖ, a derogatory term coined by the Justice and Development Party (AKP) government to refer to members of the Gülen movement. “There is no need to hide it,” said Erdoğan.

In the meantime, Gülen on Dec. 19 condemned the assassination of Russia’s ambassador to Turkey as a “heinous act of terror” and urged the Turkish government to identify anyone who aided the gunman.