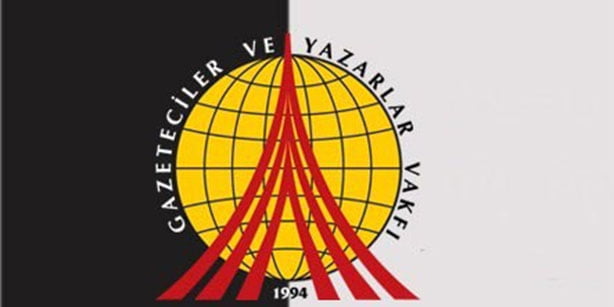 ANKARA
Arguments and discriminatory rhetoric used by the prime minister against the Hizmet movement spoil the emotional well-being of our people; undermine social peace and prepare the groundwork for violence by sowing the seeds of hatred in society, the Journalists and Writers Foundation (GYV) said in a forceful statement published on its website on Thursday.

The honorary chairman of the GYV is Turkish Islamic scholar Fethullah Gülen. The statement, titled “Corruption and Slander against the Hizmet Community,” comes in response to a smear campaign launched by the Justice and Development Party (AK Party) government against the Hizmet movement, inspired by Gülen.

The foundation challenged those who target the Hizmet movement with various accusations to prove their “slander.”

“We are going through a painful period that began with the Dec. 17 [2013] corruption operation, continued with the resignations of four ministers of the government and acquired a different dimension with the mass purging of some 10,000 police officers and members of the judiciary. Although the government was supposed to combat corruption, it has opted for passing laws that cannot be reconciled with universal legal norms and democratic principles in an effort to change the national agenda and distract attention away from corrupt practices,” said the GYV, adding that the March 30 local elections will be held under the shadow of claims of corruption and irregular practices of the government that have not been fully investigated.

There is growing concern in Turkey that the government has been meddling with the judiciary in a bid to stall an investigation that has implicated former Cabinet members, deputies from the ruling AK Party, leading businessmen and close relatives of Prime Minister Recep Tayyip Erdoğan. The government has dismissed thousands of police officers involved in the investigation and removed the lead prosecutors from the corruption case.

The GYV, in addition, noted in its statement that a “prestige assassination” is under way against Gülen, who has devoted his life for more than half a century to serving his country and humanity. The assassination, according to the foundation, is deeply hurting many people.

The GYV also categorically rejected claims that Hizmet, which has followers from different political views, is preparing to establish a political party, and that the movement is cooperating with a political party against the AK Party. “These claims constitute a big lie,” said the foundation, adding: “Our nation always knows what is right or wrong and acts wisely. No one needs anyone’s advice.”

The statement also challenged Deputy Prime Minister Bülent Arınç over his claim that the Hizmet movement had threatened Prime Minister Erdoğan over the government’s plans to shut down prep schools. “Whoever brought up this unpalatable claim is obliged to prove it. Otherwise, he will be regarded a slanderer.” According to the GYV, the Hizmet movement has never been engaged in any act that cannot be reconciled with humanitarian, Islamic or legal principles or values.

The GYV also noted that it is disappointed to see how certain academics and Islamic scholars choose to remain silent and indifferent to the “inconceivable slander and defamatory remarks” hurled at millions of volunteers of the Hizmet movement and Gülen. “We believe our virtuous nation will rightly assess their silence disguised as impartiality,” the statement concluded.

A journalist at the Ankara branch of the daily Bugün has claimed that he received a threatening phone call which he describes as “insulting and discomforting.” The threat follows recent similar claims by Cüneyt Özdemir, a writer at the newspaper Radikal and anchor of the 5N 1K program broadcast by the CNN Türk TV station.