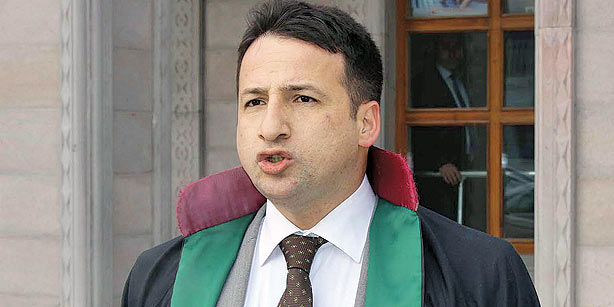 Mehmet Ali Gültekin, a lawyer registered with the Ağrı Bar, has filed a criminal complaint against the National Intelligence Organization (MİT), the National Security Council (MGK) and the General Staff’s intelligence department after he realized that he had been profiled after reading reports in the Taraf and Radikal dailies.

“I learned I was profiled in the documents published in Radikal and Taraf on Dec. 9. A while ago, I passed an exam to be a judge but I believe I was eliminated during the interview stage because I was profiled. Profiling does not fit in democracies but in countries in which primitive methods of administration are used. MİT profiled civil society groups which are not linked to criminal groups using the term ‘reactionary forces,’ which is not defined as a legal term. Therefore, MİT has committed an illegal act,” Gültekin told reporters on Monday.

Turkish dailies had published documents revealing that MİT shared information on individuals who were profiled according to their ideological or religious leanings with government agencies — including the Prime Ministry — in 2012 and 2013.

The documents contrasted starkly with earlier claims by state officials who confirmed the government’s profiling activities but argued that the information compiled was never acted on.

Last month, Taraf began publishing a string of confidential documents suggesting that the Justice and Development Party (AK Party) government and MİT had collected information on a large number of individuals through 2013 at the request of the MGK. The targets were reportedly members of the Hizmet movement, a faith-based community inspired by Turkish Islamic scholar Fethullah Gülen. The daily also claimed that other religious groups that had voiced criticism or disapproval of the government’s activities were profiled as well.

Stressing that the act of profiling runs contrary to the European Convention on Human Rights (ECHR) and Article 15 of the Turkish Constitution, Gültekin also filed a claim against the same authorities, seeking TL 50,000 in damages.

Turkish Islamic scholar Fethullah Gulen has described Saturday’s bloody terrorist attack in Hatay as “villainy” and called on the public to remain cautious and exercise common sense in the face of the bombings. In his latest weekly speech, broadcast on the website herkul.org, Gulen said the bombing in Hatay was more heinous an attack than an […]