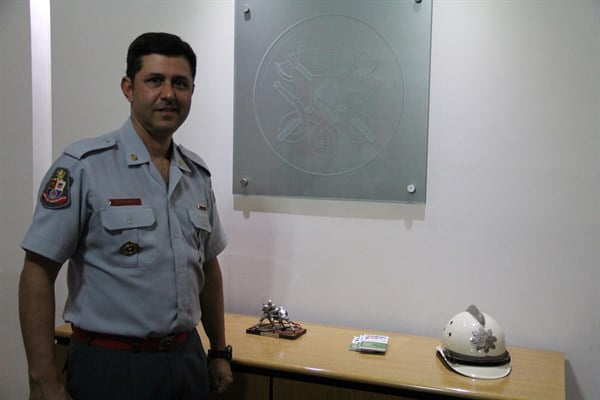 Sao Paulo’s minister of civil defense Marco Aurelio Pinto said, inspired by KYM, they intend to launch volunteer teams in places below 25 thousand-population across the country. Pinto further said it is not achievable for the state to provide assistance for every part of the country and NGOs thus play a key role in this regard. Kimse Yok Mu has introduced them to the NGO model in disaster management.He underscored the inevitable need for cooperation with civil society bodies in disaster management and all developed countries encourage such civil involvement. Noting that all the charities in Brazil are state-subsidized and the state encourage every independent charity with a transparent operation.He believes the state’s takeover of charity organizations contradicts the understanding of modern disaster management at a time when state-civil society partnership is globally embraced. And any act of this kind will result in a downturn. “ Though not as devastating as large earthquakes or tsunamis, we are experiencing a couple of tragedies annually including flooding or landslides. We feel the need for NGOs independent from the state and operated by the civil society in our country. One of the key factors in disaster relief is to arrive the scene on time and the state bodies by nature step in late due to paperwork reasons, bringing relief efforts into disrepute.Independent NGOs, which act fast, play a crucial role regarding these efforts. Assistance provided for the refugees forced to leave their home countries due the conflicts in Syria and Iraq is a good example for this. The minister looked into KYM’s activities in person and found the institution inspiring and admirable as it relieves the burden from the state.It came as a second surprise to hear that KYM’s aid efforts are not restricted to Turkey by available worldwide and that it function an international organization. Pinto stressed that such institutions should receive a particular appreciation in order to achieve a higher quality in disaster management and relief globally.Published [in Turkish] on Cihan, 1 October 2014, Wednesday