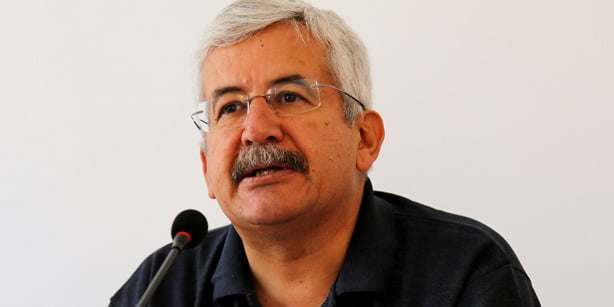 Speaking to the Yeni Asya daily, Uras, who was elected to Parliament as an independent in July 2007 and led the Freedom and Solidarity Party (ÖDP), underlined that the ruling Justice and Development Party (AK Party) had received the support of civil society, including the Gülen movement, popularly known as the Hizmet movement, during its fight against military tutelage in Turkish politics after 2002.

According to Uras, Erdoğan made a deal with Ergenekon and the militarist block in Turkey to finish off the Gülen movement despite the fact that it was his government that backed the Ergenekon trials.

Erdoğan accuses the movement of being behind the corruption scandal that implicated him and senior members of his government in December 2013, but has failed to show any concrete evidence to support his claims. The movement strongly rejects the accusations.

Ergenekon is a clandestine network made up of former and active military officers, journalists, academics, politicians and mafia leaders whose members were convicted by a court in August 2013 for attempting to overthrow the AK Party government.

While nearly 300 defendants in the Ergenekon case, a former chief of General Staff and military force commanders were sentenced to life without parole and handed down harsh sentences, the Constitutional Court ruled in June 2014 that a lower court had violated the right of 236 suspects in the Balyoz case to defend themselves and ordered a retrial. After the retrials, all of the defendants were released from jail and acquitted by the courts.

Veteran politician Uras claimed that several former military officers who took part in coup plots targeting Erdoğan’s governments were also acquitted as part of the compromise against the Gülen movement. “The Ergenekon’s coup plots, including Balyoz, were real. We used to hear from our sources about these plots at the beginning of the 2000s,” Uras said.

According to Uras, Erdoğan and his close associates paved the way for the retrial of the Ergenekon convicts after they claimed the Ergenekon and Sledgehammer trials were a “conspiracy” against the military prepared by sympathizers of the Gülen movement within the judiciary.

Then-Prime Minister Erdoğan’s chief adviser Yalçın Akdoğan wrote an op-ed piece in the Yeni Şafak daily in December 2014 claiming that the convicted officers had been framed by a group within the judiciary. He alleged that the same group has also orchestrated the sweeping corruption investigation targeting the government.