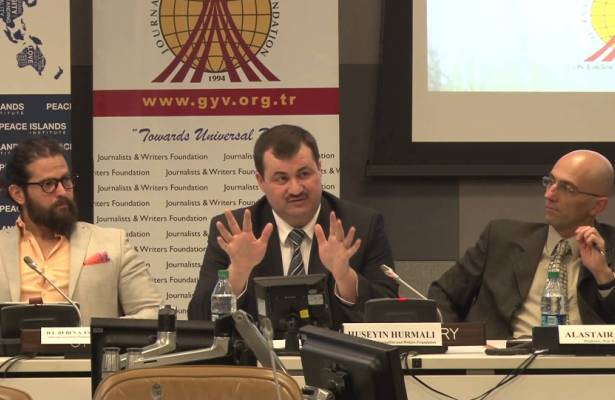 During his address, Hurmalı also told how a US congressman, Robert Filner, was convinced of the sincerity of the service the GYV provided in southeast Turkey, helping young students. Hurmalı said that Filner was impressed after a visit to Diyarbakır and seeing a teacher with students in a study room, saying that the GYV served peace in the region by offering alternative lifestyles to young people.

El Salvador’s UN Permanent Representative Carlos Enrique García González said in the conference that El Salvador can be an example for the importance of peace settlements in order to achieve sustainable development.

Alastair Smith, a professor at New York University, declared that financial aid to developing or undeveloped countries do not help to bring democracy. Giving a large amount of capital as aid to underdeveloped countries results in their leaders using the money for the army and to consolidate their power, Smith said.

Professor Severine Autesserre from Columbia University stressed that peace is a prerequisite for sustainable development.