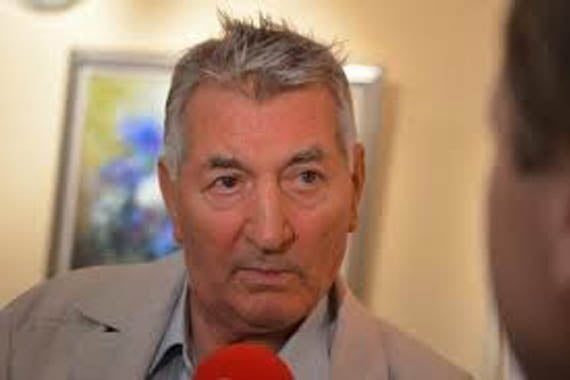 One of the doyens of journalism in Bulgaria, Stefan Tsonev recently introduced his fourth documentary on the Honorable Fethullah Gulen, on Radio Varna. The 20-minute-long documentary presents Gulen’s thoughts as a scholar and dialogue leader and the Turkish schools worldwide along with their educational philosophy.

In his statements to Cihan News Agency, Stefan Tsonev noted that the documentary has been his fourth production about Gulen. The first one entitled “On the Path of Knowledge” was released in 1996 when he interviewed Gulen. The interview left a deep impression on Tsonev, as he puts it. “Following the interview, I searched his works and thoughts and arrived to the conclusion that he is not truly known in Bulgaria. I therefore produced two more on the schools founded by volunteers of education,” Tsonev said.

Speaking of Gulen, the Bulgarian producer said, “I have to say that I feel honored to have filmed a documentary on Gulen. And I that Gulen plays a crucial role in dialogue between diverse people. To me, Gulen’s efforts are no less than a revolution. This revolution certainly is achieved through thoughts, not clashes.”

In his latest production, Tsonev, who presents an overview of Gulen’s personality, points to the fact that he has encouraged the schools functioning as bridges between countries and nations. The documentary also features remarks by international scholars on Gulen. Additionally, it highlights Gulen’s meetings with Pope Jean Paul II and various religious leaders along with his unequivocal condemnation of terrorism following the 9/11 attacks.

“Abraham’s Table Gatherings” by Intercultural Dialogue Platform (KADIP) continues with the participation of diverse faith, religion, culture and ethnicity leaders. The guests of the series in May were representatives from the Orthodox Assyrian community. Through the gatherings, KADIP under the umbrella of Journalists and Writers Foundation intends to get together, every month, with another culture […]