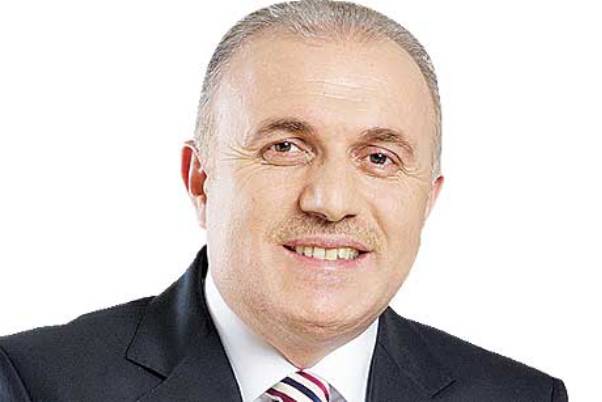 A prominent figure in the ruling Justice and Development Party (AK Party) has revealed that the elimination of Hizmet movement sympathizers from state institutions started long before the breaking of a graft probe on Dec. 17 of last year, which the government claims was an attempt to destabilize the government with the help of the Hizmet movement.

“Actually, this picture [within state institutions] was demonstrated before Dec. 17 by the MİT [National Intelligence Organization] crisis of Feb. 7 [of 2012, in which prosecutors issued a summons for MİT’s undersecretary]. In fact, it had been noticed earlier that this infiltration and the establishment of this parallel structure in the National Police Department, the judiciary and other state institutions, their acting as though they were part of another organization, was causing problems, and a process of elimination [of those parts of the Hizmet movement] had already been launched,” Aziz Babuşcu, head of the AK Party’s İstanbul branch, said on the CNN Türk television channel on Jan. 30.

Babuşcu, who said no state would accept becoming the instrument of a religious community or being taken over by such a community, maintained on the program 360 Derece (360 Degrees) that the state did what was needed to be done as a reflex action.

The Hizmet movement is a religious community inspired by the teachings of Turkish Islamic scholar Fethullah Gülen.

Maintaining that the reassignment of thousands of people in the police force and dozens in the judiciary since the breaking of the corruption probe, in which four former ministers of the AK Party have also been implicated, should not be considered routine reassignments, Babuşcu said: “This is a process which should be considered as a natural reflex of a state to eliminate this [parallel] structure. And this state must settle this issue. It has to settle it for the sake of the survival of the state.”
Construction period will not be as they desire

Babuşcu had already signaled, in a speech he delivered on April 1, 2013, that people allegedly connected with the Hizmet movement would be eliminated from public institutions. Babuşcu had revealed, at a meeting of the İstanbul Suriçi Group Association, taking place at a hotel in the Topkapı district, that the ruling AK Party would part ways with some groups in the future, saying, “Those who, in some way or another, were stakeholders with us during our 10-year rule will not be our stakeholders in the next 10 years.”

Noting that in the past 10 years of AK Party rule, some groups, such as the liberals, had acted as partners of the ruling party although those groups, in one way or another, did not accept all of the party’s values, Babuşcu emphasized that the future would be a period in which they would construct a new Turkey.

He said: “The construction period will not be the kind of period they want. So, those stakeholders will not be with us [in the future]. Those who previously acted, in some way or another, with us, will, in the future, act with powers that are against us. Because the Turkey that will be constructed [from now on] and the future that will be built will not be a future and a period that they will accept.”

İHSAN YILMAZ  18 May, 2012 When we look at the recent discussions and debates surrounding the Hizmet (Gülen) movement especially in the Turkish media, I observe that some writers are inclined to see the movement composed of a few relatively autonomous groups with sometimes clashing visions and practices. I do not think that behind this […]