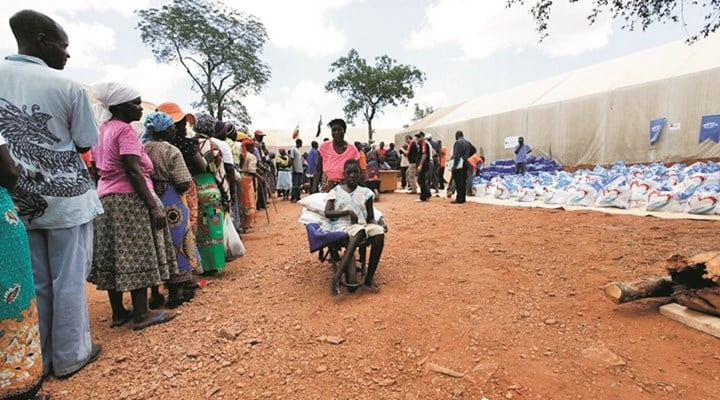 Lawyer Ergin Cinmen reacted to the court decision on Kimse Yok Mu stating, “If there is an ounce of law left in this country, then for sure this ruling to revoke the permit will be 100% annulled.”

He added, “the government will try to justify its ruling by referring to the December 17 corruption probe, or by stating the nonprofit is a target in fighting against the “parallel state.” There is no legal justification for this ruling not matter what.”

“The burden is on them to prove their allegations of misusing donations. It crystal clear that this ruling is against the law.”

This is the final straw in the smear campaign

“This is the final straw in the smear campaign. An inquiry needs to begin immediately against those who signed the decree. It is said that inspection reports on Kimse Yok Mu found no irregularities or wrongdoing. If this is the case, than the cabinet needs to provide proof.”

They have cut aid to people in need

Chairman of the Justice for All Platform Uygar Ergin stated, “the second clause of the Turkish constitution clearly states that Turkey is a country where the rule of law applies. According to the 5th article the government is responsible for liberating social obstruction, whereas in this case the government is self-obstructing.”

Independent parliamentarian and former Turkish soccer star Hakan Şükür criticized the cabinet ruling on twitter, saying: “those who steal food from the poor will one day be stranded. Almighty Allah has seen those signatures.”

Journalist Mustafa Akyol wrote, “I condemn the current government for its persecution of the Kimse Yok Mu.This witch hunt has exceeded all boundaries of reason and morality.”

The former police chief of Turkey’s southeastern province of Hakkari said, “the removal of Kimse Yok Mu’s status will only serve the terrorists in the PKK (Kurdistan Workers’ Party).

Maja Kocijancic, Spokesperson for European Union Foreign Affairs and Security Policy, has responded a question by Turkish Minute, stating that the EU notes with concern the decision taken by the Turkish National Security Council (MGK) to include the movement of the U.S.-based Islamic scholar Fethullah Gülen on the list of Turkish terrorist organizations.