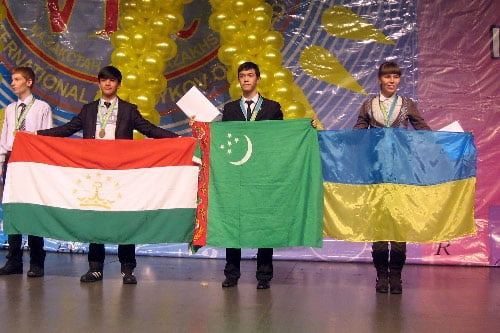 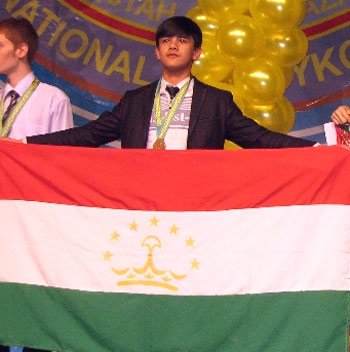 Following their arrival back in Tajikistan, the contestants having represented the country were received by Minister of Education Nuriddin Saidov. The Minister congratulated the team on their achievements in the competition and presented netbook computers to each student. He also promised an abroad trip as a reward to next years’ champions, and to mobilize the ministry so that the students can study in countries including the USA, England, China, Japan and India.

In the 9th International Zhautykov Olympiads held in Almati, Kazakhistan, Tajik-Turkish Schools student Sadi Okilnazarzoda won the gold medal while his teammates Musohon Mugoyumhonov and Abdulvosit Ismailov got silver medals. The team ranked second in the competitions organized in math, physics and computer categories with the participation of 348 students from 13 countries.

Source: [in Turkish] on Habermonitor.com, 30 January 2013. English translation is retrieved from Hizmetmovement.COM