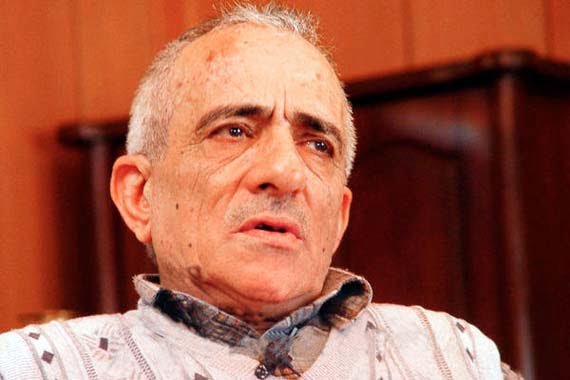 Fethullah Gulen’s brother Hasbi Gulen, who passed away last October, wanted to visit his older brother in America in late 2000. He shares his intention with a friend before applying for a visa.

His friend told him that he needed to prove financial ability to support himself in the US to obtain a visa. Hasbi Gulen needed to show car and home titles, tax returns, and any other assets he had. When his friend asked “which one of these documents do you have?” Fethullah Gulen’s brother replied “nothing but my birth certificate.”

I don’t know if Hasbi Gulen had any assets when he died, but it is obvious that being Fethullah Gulen’s brother did not bring him any financial advantage, just like his other brothers, nephews, children and grandchildren…even though it was quite possible to live a much better life. Hasbi Gulen, like his older brother Fethullah Gulen, chose to live an austere life without any worldly expectations.

Historically, society’s spiritual dynamics, those who are the conscience of the nation called upon people to behave righteously and not to fall into wrongdoing. That’s the purpose of their lives; fortunately this nation has conscience.

What is it like to be the conscience of a nation? Or how can one become a nation’s conscience? It’s easier said than done. You’d have to live all your life without worldly pleasures; your whole life will pass in exile, being wrongly prosecuted, in trials and in deep longing of your homeland. You will experience every excruciating physical and mental pain; your way will cross with that of every imaginable suffering’s. Above all, you won’t feel the smallest regret to have chosen such a way of life. You will not have any worldly expectations either. You won’t let your friend and family to benefit from your reputation in any way. You’ll humble yourself before the One who has the absolute possession of everything and won’t claim success for yourself. You’ll never let the Creator slip your mind and believe that the world is just a stop during a long journey in order not to get crumbled by success and power. You’ll speak on behalf of justice (or what’s right), live for justice and won’t bow before anything but justice.

God does not discriminate against any of his creatures when bestowing his bounties. Just like that, people who serve as the conscience of a nation called people to behave righteously and forbade the evil in their societies regardless of people’s jobs or social statuses. They warn people as well as statesmen against fundamental mistakes. They try to wake people who often stray as a result of their nature. Now, those who warn are the conscience of the nation.

As Turkey’s deputy Prime Minister Bulent Arinc said, Fethullah Gulen is the Turkish nation’s conscience. Seeing the world as it is today, one cannot help but say, “thank God, this nation has a conscience.”