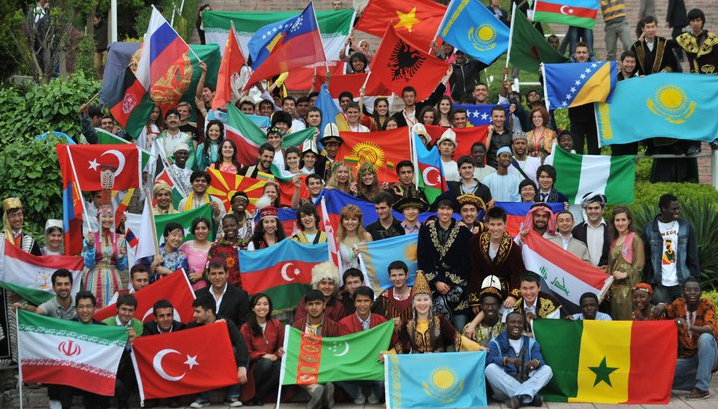 A group picture from "7 Continents 7 Colors," an Intercultural Festival Organized at Fatih University in 2015

Dozens of exchange students have been victimized with detentions, deportations, and interruptions of their educational work by abrupt and arbitrary actions of Turkish government in the last ten months, according to various reports appeared in non-Turkish media. This practice negatively impacted students especially from Europe, Asia, and Africa.

Some 50 students from Nigeria were detained and deported without any reasonable justification by Turkish authorities on September 30, 2016, forcing them to discontinue their studies. The incident created a diplomatic crisis between Ankara and Abuja, prompting criticisms of Turkey by Nigerian government.

The students, enrolled in various universities that were unlawfully shut down by the government in the aftermath of the failed coup bid on July 15, 2016, were detained at Atatürk Airport in İstanbul as they were preparing to leave the country on their own to escape possible crackdown.

The story broke by ThisDay, a Nigerian newspaper, back on October which reported that students were detained upon arrival to the airport and their passport were seized on charges of being members of a terrorist organization. The students were studying at universities affiliated with the Gülen movement that is inspired by the US-based Islamic scolar Fethullah Gülen.

Gülen is a vocal critics of Turkey’s autocratic President Recep Tayyip Erdoğan over massive corruption in the government and Turkish government’s support to Jihadist groups in Syria.

Chairwoman of the House of Representatives Committee on Diaspora Matters, Barrister Rita Orji, reacted to the news of detention of Nigerian students in Turkey. Orji who represents Ajeromi-Ifelodun Federal Constituency of Lagos State on the platform of the Peoples Democratic Party (PDP), said that the detention of 50 Nigerians by the Turkish government was an insult on the sovereignty of the country.

The Permanent Secretary of the Federal Ministry of Foreign Affairs Ambassador Sola Enikanolaye has also said that the Nigerian students who were arrested in Turkey may have been paying for the refusal of the Nigerian government to shut down Turkish schools and other institutions affiliated with the Gülen movement in Nigeria.

The Charge D’Affaires of the Nigerian Mission in Turkey, Ibrahim Isah, said that two Nigerian students had been in pre-tial detention for more than two months at the Silivri Prisons in İstanbul for allegedly being members of the Gülen movement, which the Turkish government has falsely accused of staging the controversial coup bid of July 15, 2016. 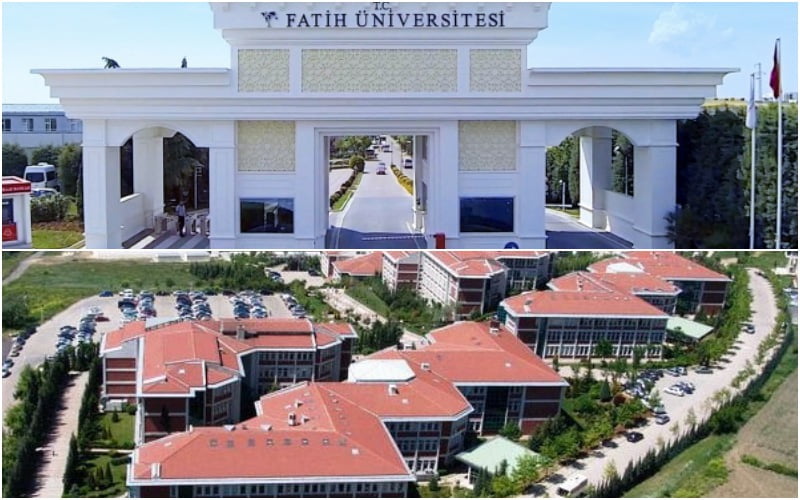 Many of the Nigerians were said to be students of Fatih University, one of the top-performing universities in Turkey before it was unlawfully seized first and later shut down by the Turkish government.

Following these developments, the Federal Government has summoned the Turkish Ambassador to Nigeria, Hakan Çakıl. The Minister of Foreign Affairs, Geoffrey Onyeama, also said that the Nigerian government has asked its Turkish counterpart to free the students.

“We strongly condemn the arrest, detention and deportation of some Nigerian students from İstanbul over the botched coup in the country. The harassment and intimidation of our students by the Turkish government over a matter that does not concern them is undiplomatic and utterly reprehensible,” Onyeama said.

Quartz media reporters have interviewed several Nigerian students who have previously been detained, deported, and denied entry to Turkey.

Rukkaya Usman, one of the deported students, told local media that her passport was seized when she arrived in Turkey for a new academic session and she was sent back to Nigeria as part of a “new law.”

Sola Enikanolaiye, the Permanent Secretary of Ministry of Foreign Affairs, said in an interview with Sunday Punch that the government met with Hakan Çakıl, the Turkish ambassador to Nigeria, to express that the Nigerian government expected a reasonable explanation from Çakıl regarding the poor treatment of the students and directed the envoy to ensure their release without delay.

With their schools closed, Turkish government says the students must go back to their home countries to get new visas before they seek admission to other universities. But Enikanolaiye said the Nigerian government “rejected” that condition. “We insisted that they must be issued the new visa in Turkey,” he said.

Arab students who have previously studied at universities considered by Turkish government to have been affiliated with the Gülen movement are being arrested and threatened with deportation by police. Many of these students have already been deported.

Syrian and Yemeni students have been detained, deported, or denied entry at the airport after leaving the country and trying to return to resume their studies, an investigation by al-Fanar Media reporters has revealed.

Ibrahim Tawfiq Mohammed Anam, a Yemeni student, was arrested by Turkish police on March 14, 2017, and held at a detention center for foreigners in İzmir, his uncle said. Two days later, Faysal Bsata and Abdel Salam Salem, two Syrian students, were also detained by Turkish security forces at the immigration office in southeastern province of Gaziantep, according to HarekAct, a platform that monitors Turkish treatment of migrants. Both students went to the immigration office to renew their residence permits. Bsata was subsequently deported.

Mohammed al-Mashhari, the Yemeni consul in İstanbul, confirmed the arrest of students from his country. “Most Arab and international students who were previously studying at universities linked to Fethullah Gülen are under threat,” he said. “Students who haven’t been arrested yet are afraid of being detained or deported.”

Adding insult to the injury, no reason or explanation were given for the detentions of foreign exchange students, according to interviews and published accounts. But all three students were studying at universities closed by the Turkish government last summer over alleged links to the Gülen movement.

By the end of the summer 2016, the government had closed 15 universities, according to Scholars at Risk, a New York-based group that tracks academic freedom issues.

CASE OF SPANISH JOURNALIST AND STUDENT

Beatriz Yubero, a Spanish national, who was pursuing a Ph.D degree in the department of  journalism  at the Ankara University, was detained at her home on August 5, 2016 on charge of terrorism.

Yubero, also a journalist, was taken into custody over tweets she shared about President Erdoğan, sources following her case reported. Yubero was known to have been writing a thesis about the Islamic State of Iraq and the Levant (ISIL).

Yubero was not permitted to contact officials from the Spanish Embassy in Ankara. Eventually, she was deported on August 6, 2016, the sources said.

According to the Spanish Ministry of Foreign Affairs, the Spanish Embassy in Ankara made efforts from the first moment they were made aware of her case and asked Turkish authorities for an explanation about what was happening.

The Platform in Defense of Freedom of Information (PDLI) has announced it will file a complaint with the Turkish Embassy to express the “strongest condemnation” by the “detention and expulsion” of journalist and urge the government to reconsider deportation and allow him to enter again.

Mehmet Ali Bolat who is the president of pro-Erdogan group, Federation of International Student Associations (FISA), said that international students who were identified as having connection with the Gülen movement were deported and that the police authorities had taken these students away from Turkey. According to his interview published in radical Islamist daily Diriliş Postası, Bolat claimed some of 4,163 students studying at 15 universities affiliated with the Gülen movement in Turkey were deported by Turkish police.

The arrest of exchange students is part of a wider crackdown against alleged Gülen supporters in Turkey.

At least 161,751 people were detained or investigated and 50,334 people were arrested in Turkey in the framework of the Turkish government’s massive post-coup witch hunt campaign targeting alleged members of the Gülen movement since the controversial coup attempt on July 15, 2016, according to statistics reported by state-run Anadolu news agency by basing on information taken from the officials from Turkey’s Justice Ministry on June 13.

Gülen who inspired Hizmet movement (popularly known as the Gülen movement) is an outspoken figure in lambasting Turkey’s autocratic President Erdoğan on corruption that was exposed in December 2013 as well as Ankara’s aiding and abetting of radical groups in Syria that was uncovered with illegal shipment revelation on January 2014. Erdoğan launched a witch-hunt persecution against Gülen movement and its followers to decimate critical social group that drew harsh criticism from Turkey’s allies and partners.