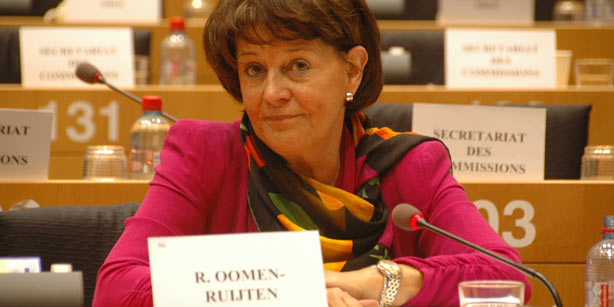 In a letter issued by the Intercultural Dialogue Platform (IDP)* — whose honorary president is Islamic scholar Fethullah Gülen — and sent to all members of the European Parliament, the IDP stated that it welcomes calls upon the Hizmet movement to improve its transparency and accountability.

The IDP, which is a non-profit organization based in Brussels with the aim of advancing and promoting inter-cultural dialogue in Europe, sent its statement to each member of the EP on Monday in which it explained that the Hizmet movement had not received any such official call from the EP, but that it continues to invite and welcome scrutiny as it has in the past.

Below is a copy of the IDP’s statement:

The 87th proposed amendment of the European Parliament’s 2013 Progress Report on Turkey penned by the Dutch Christian Democrat Ria Oomen-Ruijten refers to the Hizmet movement.

While criticizing the Turkish government’s response to the recent corruption, money-laundering and bribery investigations, the proposed amendment tabled by four Liberal Democrat MEPs also calls upon the Hizmet movement to improve its transparency and accountability.

In addition, the proposed amendment recommends that an impartial inquiry looks into all allegations made against the Hizmet movement.

The Hizmet movement has repeatedly invited for allegations and accusations leveled at itself to be investigated and proven. To date, it has been subjected to various forms of judicial, political and academic scrutiny in Turkey and some European countries.

Notwithstanding, it continues to invite and welcome scrutiny. Most recently, on Dec. 30, 2013, the Journalists and Writers Foundation (GYV), whose honorary president is Mr. Fethullah Gülen, issued a press release calling on those making allegations about the Hizmet movement to provide evidence to prove their claims without delay.

In this vein, we as the Intercultural Dialogue Platform, which is a Hizmet-inspired organization, welcome the 87th proposed amendment and announce that we support an inquiry into the Hizmet movement that will be carried out in accordance with the principles of the rule of law, impartiality and the independence of judicial process.

* Intercultural Dialogue Platform is one of the platforms that work associated with the Journalists and Writers Foundation.

The Journalists and Writers Foundation (GYV) is due to hold a panel on the topic of education of Afghan girls, in New York City on March 18.

The Journalists and Writers Foundation Women’s Platform, which hosts many international meetings, is organizing a workshop on “Refugee-Asylum Seeker Policy of Turkey in the Light of Recent Developments” on April 25, 2013. Refugee issue has become a hot topic in Turkey, especially with the influx of a large number of Syrian people to Turkey due […]