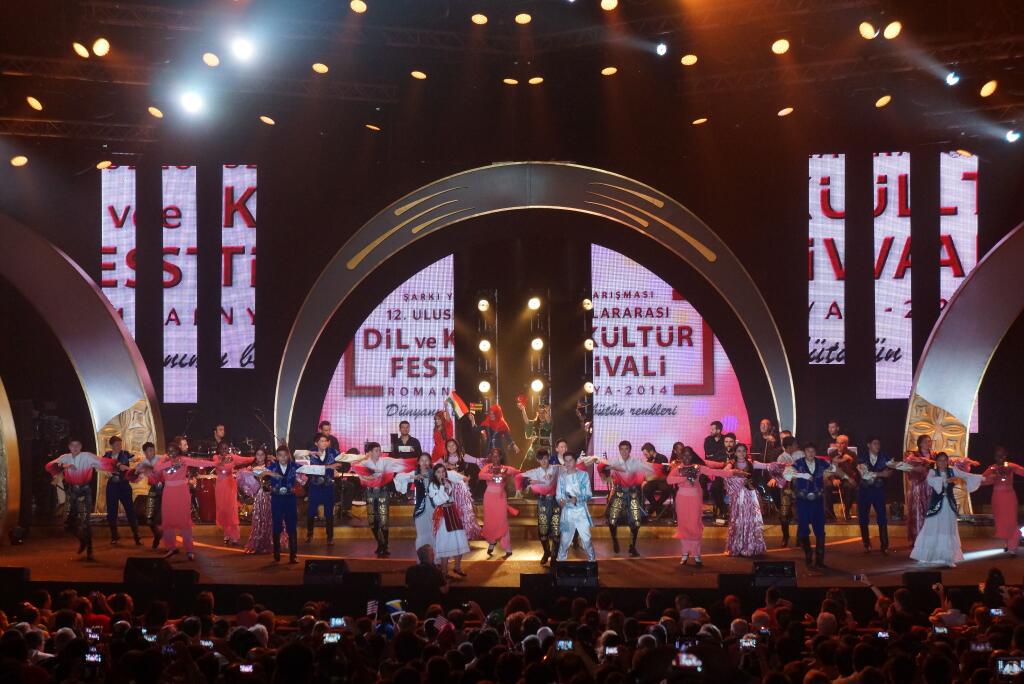 The final leg of the 12th International Language and Culture Festival will be held in the Romanian capital of Bucharest on June 15-16.

The event, formerly called the Turkish Olympiads, is organized by the International Turkish Association (TÜRKÇEDER). The first 11 editions of the event were hosted in Turkey, but Prime Minister Recep Tayyip Erdoğan has accused the Hizmet movement, which has inspired the culture festival, of attempting to overthrow his Justice and Development Party (AK Party) government, although he has presented no evidence to support this allegation. Due to government hostility and ongoing persecution at home, the organizers this year are holding the event in a foreign country to avoid potential problems.

The event, which starts on Sunday, will be held at Sala Palatului, the largest cultural congress hall of Bucharest. One hundred students from 22 countries will be competing in the final event, which features Singing and Voice competitions. In addition to Turkish songs, the students will perform songs and shows in other languages. An orchestra from Turkey will be accompanying the students who will compete in the event to become the “Stars of Song.”

Ten finalists from 10 countries will compete in the last day of the event, on Monday, to become winners of the Voice Competition.

The finalists have been in Bucharest since last week, where they had a chance to meet Turkish families and try different samples of Turkish cuisine.

Nekruz from Tajikistan, Rabenoro from Madagascar, Anita from Kosovo and Keje from Iraq were able to see the warm family atmosphere at the house of their host, the Kısrkpantur family. During dinner, the students sang the songs they will be competing with in the festival. The family and the students conversed in Turkish about the similar aspects of different cultures.

The students were taken to important landmarks of Bucharest such as the Palace of the Parliament and Cotroceni Palace, the seat of the presidency, during the visit. Romanian Parliament Secretary-General George Dumitrica welcomed the students at parliament, which is housed in the largest building in the world.

Dumitrica thanked the students for their visit. “I wish the best of luck to all of you in the festival.”

Two Pak-Turk students, Mukarram Fatah and Yasir Jan, hailing from the most backward areas of the province – Jaffarabad and Chagai, respectively – have won silver and gold medals in Kenya for their projects.