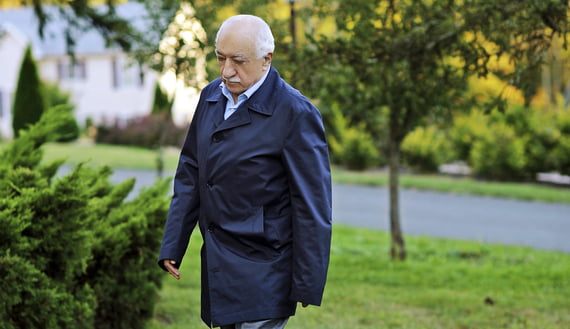 Fethullah Gülen said it would be morally unacceptable for him to stop, including people in his Hizmet (Service) Movement, probing corruption claims.

Islamic scholar Fethullah Gülen has dismissed government accusations that he has orchestrated a graft probe while rejecting any involvement with recent online wiretapping leaks in the second part of an extensive interview with Today’s Zaman.

“I have said this before. I have no connection to those who organized these operations. I have repeatedly stated that I do not know any of them, but they continue to claim those prosecutors and police officers are linked to me,” Gülen was quoted as saying by Today’s Zaman March 18.

The U.S.-based scholar lamented that the government had sought to target those conducting investigations into corruption allegations, rather than those suspected of being involved in the graft scandal.

“Turkey launched a crackdown on those who investigated the corruption instead of on those who engaged in corrupt practices,” said Gülen, emphasizing that corruption was also contrary to Islam’s principles.

He also said it would be morally unacceptable for him to stop, including people in his Hizmet (Service) Movement, probing corruption claims.

“If among those who conducted the graft investigations were some people who might be connected to the Hizmet movement, was I supposed to tell these people, ‘Turn a blind eye to the corruption charges?’ It appears to me that some people were expecting me to do this. Did they expect me to do this? How can I say something that would ruin my afterlife? How else can I act?” he said.

Accusations on wiretapping without evidence

Gülen also rejected the latest accusations against his movement of wiretapping phone conversations of top government officials, including Prime Minister Recep Tayyip Erdoğan, and a number of aides and businessmen close to the ruling Justice and Development Party (AKP) in connection with the graft accusations.

Among the leaked voice recordings, an alleged conversation between Erdoğan and his son in the wake of the Dec. 17, 2013, raids caused a huge uproar, with both frantically discussing how to hide a huge amount of cash.

Erdoğan has directly rejected the authenticity of the recording, claiming that it was a “montage” and directly accused Gülen’s movement of being responsible for the leak.

“Given that no strong or convincing evidence is being presented on such a critical and delicate issue, it is fair to believe the accusers have something different in mind,” Gülen told Today’s Zaman regarding the accusations, adding that quite the contrary, he supported any investigations into illegal recordings.

“No matter what, those who relied on illegal methods to listen in on phone calls should be identified and brought to justice. This should be done regardless of the perpetrator’s identity and affiliation,” Gülen said. However, he also called on a side note for questioning those who make accusations against his movement.

“I believe complaining about the audio recordings, but also using some of them as part of election campaigning, is not reconcilable with ethical and legal principles,” Gülen said.