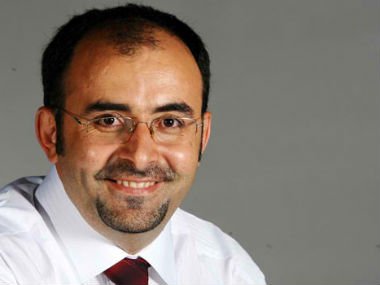 At that time, I knew only a few journalists who claimed Şık’s arrest was not because of his book but because of inconsistencies in the story he had told the judge. He claimed not to know any such people, but there was evidence he may have known and had relationships with Ergenekon suspects.

One should admit that the pro-Ergenekon network worked very hard to build support in Western capitals. Now there are many people in the West who think that the Ergenekon trial has imprisoned anti-Justice and Development Party (AK Party) individuals not because of their guilt, but because of their opposition to the AK Party government.

Journalist Ahmet Şık’s arrest was further exaggerated because — critics of the Odatv trial allege — he was writing a book against the Gülen movements’ influence on the police force and had been arrested to prevent his book from being published. Many intellectuals really believed this campaign when the prosecutors, searching for the many draft copies of the book distributed among different people, found one at Odatv. Other copies were found in possession of people who, according to an earlier testimony from Şık, had not been given any copies.

Banning the publication of a book expectedly created reactions and false impressions of Şık’s prosecution, as if Ahmet Şık had been arrested because of writing this book. At that time, I knew only a few journalists who claimed Şık’s arrest was not because of his book but because of inconsistencies in the story he had told the judge. He claimed not to know any such people, but there was evidence he may have known and had relationships with Ergenekon suspects.

The pro-Ergenekon network found a window of opportunity in the argument that Ahmet Şık had been arrested because of his book and successfully internationalized this argument. Ahmet Şık’s book has become a symbol of attempts to prove the Ergenekon trials are nothing but a trial to put Justice and Development Party (AK Party) opposition behind bars, as if his book would reveal the dirty laundry of the AKP, the Gülen movement and the police. In fact, there is nothing new in the book that has not previously been discussed by other authors. Thus, Ahmet Şık’s book was leaked to the Internet and millions of copies have been downloaded.

A few months ago, the book was published and is on shelves now, but there is not even a single case against the book. I think those who howled that Ahmet Şık was arrested because of his book need to explain, especially to their Western audiences, why, if it was about the book Mr. Şık had been arrested, the publisher has not been put behind bars. Forget about the publisher being charged — why don’t you share with your Western audiences some of the secrets you claimed the book would reveal.

One cannot explain why the publisher hasn’t faced any criminal charges. It is on shelves and in fact is a bestseller due to the unofficial PR campaign conducted by those who claimed the book was the reason for Şık’s arrest. Simply, the pro-Egenekon camp used the book as a means to spread their ideas and deceive their audiences in the West. This is yet another simple fact that Western audiences should be aware of regarding pro-Ergenekon campaigns.