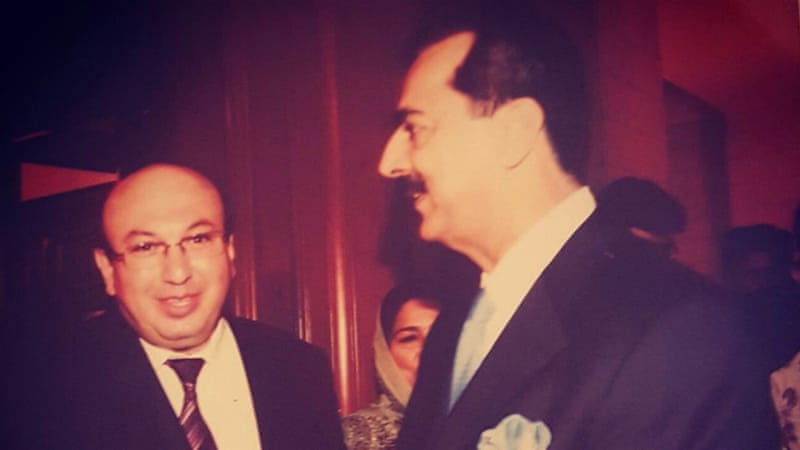 Kacmaz, pictured with a former Pakistan prime minister, had applied for asylum, according to a colleague.

The Pakistan government on Tuesday admitted before the Lahore High Court that it had secretly deported a Turkish family wanted by the Erdogan government, in violation of the court’s order. Expressing its anger over the government’s deportation of Mesut Kacmaz, his wife and two teenage daughters despite its ruling not to do so, the Lahore High Court (LHC) issued a contempt of court notice to the federal government for October 20.

Mesut, the former vice president of Pak-Turk International Schools and Colleges, and his family were allegedly abducted by personnel of the intelligence agency from their house in Lahore’s Wapda Town on September 27.

On a petition to stop deportation of the Turkish family, the LHC had restrained the federal government from deporting Kacmaz and his family till a decision of the case. The attorney general had also undertaken before the court that the Turkish employees of Pak-Turk Schools would not be deported till November 24.

However, the Pakistan government secretly deported the family on October 14. A counsel for Turkish families here said the Turkish educationists have been granted asylum in Pakistan under protection of United Nations High Commissioner for Refugee (UNHCR). He said the incumbent Turkish government resorted to persecution of employees associated with Pak-Turk Schools system on political grounds.

“I spoke on phone with Kacmaz Mesut’s daughters who confirmed that they have reached Istanbul, but their parents were still in custody while they have been handed over to relatives,” the counsel said.

The daughters, aged 14 and 10, also said that Turkish police manhandled their father during the flight, he said. A government source told PTI that the decision to deport some families having links with Turkey’s President Recep Tayyip Erdogan’s rival Fathullah Gulen had been taken in a recent meeting in Istanbul between Pakistan’s Punjab Chief Minister Shahbaz Sharif and Erdogan.

He said the Chief Minister could not bear the pressure of Erdogan whom he termed as Sharif brothers “fast friend”. After the failed coup in July last year, the Erdogan government had sought the closure of Pak-Turk International Schools and Colleges for being associated with Gulen’s movement ‘Hizmet’.

As many as 32 Pak-Turk schools and colleges were running in Pakistan. After the Turkish government had demanded their closure, an NGO started operating the schools and colleges. Some 115 Turkish nationals were performing at different positions in these educational institutions and more than 11,000 Pakistanis were studying in the school chain. So far 30 Turkish families have been deported from Pakistan and more than 70 are still in the country on the UNHCR asylum certificate.