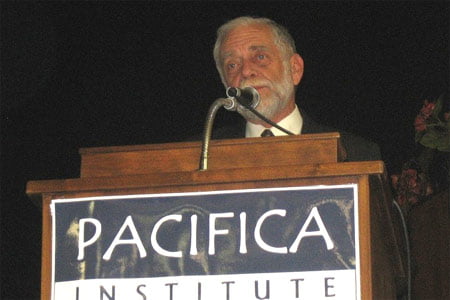 On Feb. 25, 2012, James Harrington, director of the Texas Civil Rights Project, spoke about the Gulen Movement and how to build civil society at the Pacifica Institute for the Salt Lake Interfaith Roundtable’s Interfaith Month celebrations.

Fethullah Gulen started the movement in Turkey in the 1980s as an education and service movement.  He created schools that served as alternatives to the Madrassa schools and allowed girls to get an education.

“It [education] is the great leveler in the United States,” says Harrington.  Teachers have the most important job in our society.

Gulen schools are tolerant, ecumenical and interfaith.  They use the examples of their teachers to teach children how to be good people regardless of the children’s faith.

“The greatest effect that the movement has had in Turkey is democracy,” says Harrington.

Harrington says that the United States could learn from the Gulen Movement to engage in dialogue again.

“We are not engaged right now as a society in dialogue,” says Harrington.  “It is awful what is going on.” It may be hard to engage in dialogue, but we need to compromise.

Harrington also says that the United States needs to develop and teach narratives about the country’s values and leaders.

Stories focus on one detail of a person’s life and philosophy and miss the rest of what that person did to get there and what they believed in beyond that one point.

On Martin Luther King Day, the U.S. focuses on the “I Have a Dream Speech” and doesn’t talk about his stand for peace or his Beloved Community ideal.  Talks about Christ tend to focus on His time on the cross and not his healing and caring that He did during His ministry.

Harrington also talked about spirituality, speaking out against justice and dedicating a specific portion of money and time to charity.