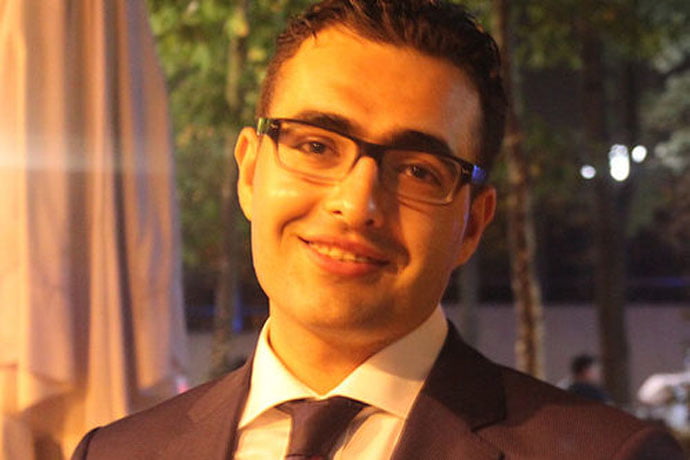 Turkey has been rocked with a corruption scandal since Tuesday that involves many businessmen, the sons of three ministers and several public officials. It is the biggest threat facing the government of Prime Minister Recep Tayyip Erdogan.

The saga has started when police, following a 14-month secret investigation, raided more than two dozen addresses in Istanbul and the capital Ankara, detaining at least 52 people. In later raids, 30 more suspects were detained in connection to corruption allegations linked to bribery in public tenders. At least 24 suspects, including the sons of two ministers and Iranian businessman Reza Zerrab, were put behind bars while most of the other suspects were released pending trial.

The accusations are hair-raising. One claim suggests that Minister of Economy Zafer Çağlayan accepted a valuable watch worth 300,000 Swiss francs ($350,000) as a bribe from Iranian businessman Reza Zarrab. The businessman is also accused of being involved in irregular money transactions, mostly from Iran, that total some 87 billion euros. During the period of investigation, he allegedly bribed three ministers with nearly $70 million to realize his illegal business transactions with Iran as well as tackle any bureaucratic hurdles he faced.

In initial raids, police found a banknote counter and six coffers full of Turkish liras and euros in the home of the son of Turkish Interior Minister Muammer Güler. In a separate raid, police found 4.5 million euros stuffed inside shoe boxes in the residence of the chief of the state-owned Halkbank.

Three separate investigations were started into these allegations more than a year ago when prosecutors were tipped about the bribery. In a bid to collect the evidence, the suspects were pursued and wiretapped for more than a year. But the corruption operation and police raids had to be launched earlier than planned because the interior minister was trying to thwart the wiretapping and the investigation.

The police raids linked to a graft probe in the early morning sent chills through the ruling Justice and Development Party (AKP), which came to power on a ticket of eradicating the rampant corruption that absorbed the state’s wealth. People voted for Erdogan in every election since 2002 for his determined position against the corruption and bribery. It should now be hard for this government to be accused of the same shameful acts it promised to mitigate when they were in opposition.

Covering up the graft probe

The most tragic part of the scandal is Erdogan’s targeting of an imaginary “gang within the state” that has “global links” and plans to destroy his government. Speaking from one rally to another every day, broadcast live on more than a dozen TV channels, Erdogan tries to convince people that the corruption investigation is a plot against his government and that “agents” are behind this “dirty operation.”

Erdogan and his ministers vociferously accused the Hizmet (Service) movement, a loose network of people inspired by Turkish Islamic scholar Fethullah Gülen, of creating a “parallel state” and conducting an operation against the government through “groundless bribery claims.”

The accusations are astonishing, particularly at a time when many pro-government columnists, under the silent gaze of the authorities, spoke about the mass purge of bureaucrats and officials who sympathize with Gülen.

On Friday, for the first time in his life, Gülen, previously a staunch supporter of Erdogan, cursed in a video recording those who purged the police officials and blamed innocent people for being part of a “plot to overthrow the government.”

Only this past week, two prominent journalists who criticized the way the government handled the corruption allegations were fired from their posts due to government pressure.

There is a relentless attempt to link the graft operation to a foreign plot. As part of this campaign, several pro-government newspapers claimed that U.S. ambassador to Turkey, Francis J. Ricciardone, told EU ambassadors during a meeting on Dec. 17, the day when the operations started, that “we are watching the demise of an empire.”

Ricciardone categorically rejected the claims and several western diplomats said no such a meeting even took place.

Erdogan, however, picked up the news report and threatened to expel the ambassador of the U.S., Turkey’s chief ally.

The latest goings on show that the government will do everything to effectively halt the investigation. Erdogan is constantly portraying the probe as a “dirty foreign plot” in the hope of politicizing the investigation.