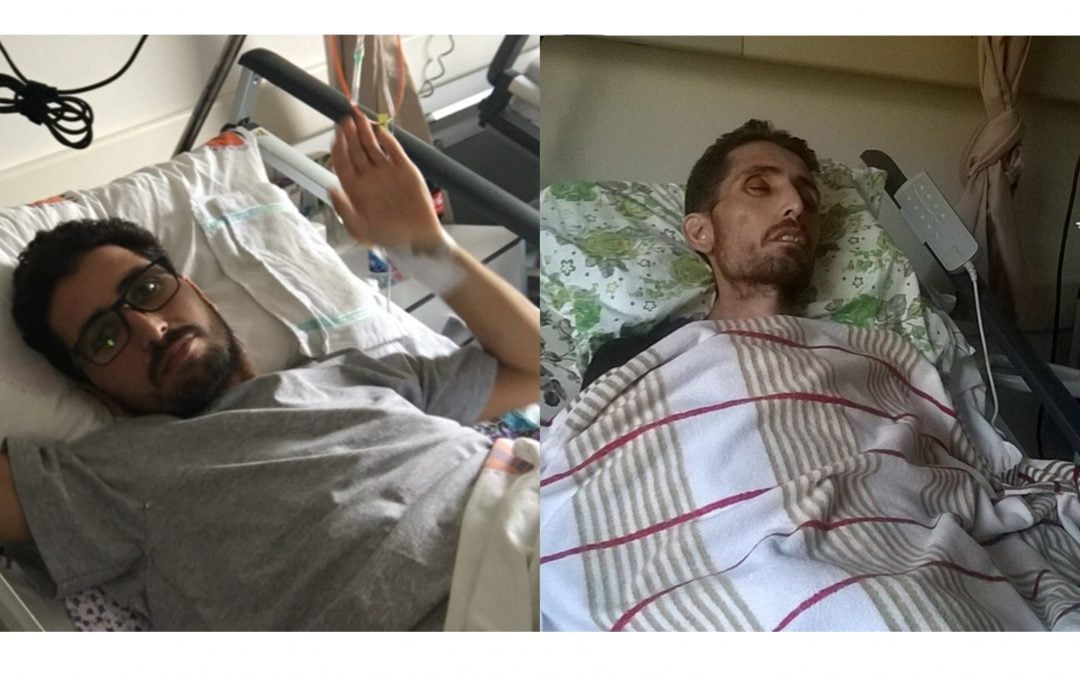 These two images were taken days before Eyce was sent to jail for depositing money in Bank Asya, a Gülen movement-linked lender, and after he was released pending trial.

Kadir Eyce, a 33-year-old police officer who was jailed due to alleged links to the Gülen movement, has died several weeks after he was released from prison due to health problems.

According to photos and tweets posted by family members on Twitter, Eyce had been denied food and water in jail, thereby losing 45 kilograms in three months.

A lawyer representing Eyce told Turkish media that when he was arrested he weighed 90 kilograms. Pictures posted on social media also revealed the extent of the ill-treatment against the jailed police officer, causing serious concern about the fate of thousands of civilians who have been kept in prisons under poor conditions across the country.

The police officer reportedly died at a Sivas Hospital on Tuesday. He was denied treatment at the hospital even though he was suffering from severe gastrointestinal pain for days. They only allowed him to receive treatment in his cell. When he was finally transferred to a hospital, it was almost too late. “His body was beyond recognition,” said Emel Eyce, the wife of the police officer.

Although the movement strongly denies having any role in the putsch, the government initiated a widespread purge aimed at cleansing sympathizers of the movement from within state institutions, dehumanizing its popular figures and putting them in custody.

There have been many cases of suicide and death in prison, some of which were found to be suspicious, of people who have been affected by the purge of Gülen movement followers.