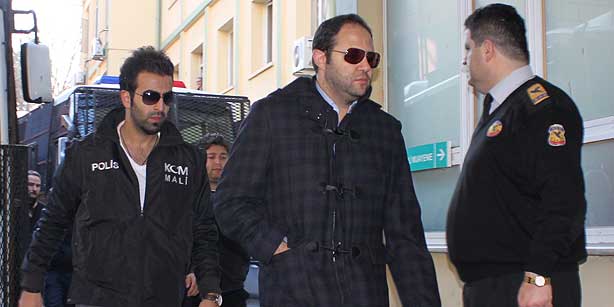 Over the past two years, Turkey has been witnessing one scandal after another at such a head-spinning pace that, let alone foreign observers of Turkey, Turks themselves find it hard to grasp the scandal at hand before another one breaks out. Right at this very moment, the country is shaken by a massive bribery investigation, implicating four of the incumbent ministers of the Justice and Development Party (AK Party) government, the head of a public bank dealing with Iran, an AK Party-affiliated mayor, advisers and a host of businessmen and other figures, totaling 52 people.

Although the allegations, backed by visual and physical evidence, in and of themselves are grave enough for the top brass of the government to resign in any functioning democracy, the reaction of the AK Party government, most notably of Prime Minister Recep Tayyip Erdoğan, signifies that the gravity of the alleged bribery could be dwarfed by that of the threats faced by Turkish society in the coming months as it nears three critical elections: local, presidential and parliamentary.

So, since by the time this commentary is published, Turkey may be going through yet another totally different scandal eclipsing this one, it is better to move fast to understand it without further ado.

On Dec. 17, on the directive of the Chief Public Prosecutor of İstanbul, Turkish police detained three men who are the sons of the minister of the interior, the minister of the economy, and the minister of urban planning and development; Mr. Reza Zarrab, an Iranian-Azerbaijani businessman; Mr. Mustafa Demir, the AK Party-affiliated mayor of İstanbul’s Fatih district; Mr. Ali Ağaoğlu, businessman and construction mogul; Mr. Suleyman Aslan, general manager of Turkey’s Halkbank and a number of other figures. In addition, reportedly the prosecutor also prepared an indictment of Mr. Egemen Bağış, minister for EU affairs and chief negotiator for Turkey in the accession talks with the European Union, for alleged involvement in bribery.

According to an official statement from the prosecutor’s office, the operation consists of three separate investigations. The first involves Mr. Ağaoğlu and other businessmen; the second, the three sons of the Cabinet ministers, and the third involves Halkbank. During the raids following the detentions, police found $4.5 million in cash stuffed into shoeboxes and about TL 10 million (about $5 million) also in cash in a bookshelf in Halkbank General Manager Aslan’s house. Similarly, police found a substantive amount of cash and seven electronic steel vaults in Minister of the Interior Muammer Güler’s son’s apartment.

In addition, police obtained still and video images, telephone conversations and records of payments, implicating the minister of the interior, the minister of the economy and the minister for EU affairs in accepting multi-million dollar bribes from the Iranian businessman, Mr. Zarrab. The second and third investigations are somewhat linked to each other because both revolve around Mr. Zarrab, who had been overseeing multibillion dollar money transfers to Iran through Halkbank; Mr. Suleyman Aslan, the bank’s general manager, who had been abetting the transfers; and the three ministers, who had been clearing the bureaucratic obstacles for Mr. Zarrab and receiving lucrative sums of cash — through their sons, in the case of the ministers of the interior and the economy, and directly in that of the minister for EU affairs. Mr. Zarrab is charged with money laundering and facilitating the transfer of 87 billion euros from Iran through his various firms in Turkey between 2009 and 2012, helping Iran bypass international financial sanctions imposed due to its nuclear program. He is also charged with bribing Minister for EU Affairs Egemen Bağış to obtain Turkish citizenship for foreigners.

Second, what are the reactions?

Certainly, the entire country has been unanimously shocked to witness such massive corruption involving the government officials. After all, it is a government that was swept to power on the promise of fighting corruption and both its leaders and supporters have taken great pride in its perceived success in that fight. Yet, the clear differences in reactions to the prosecutor’s investigation suggest that the alleged bribery may be just the tip of the real corruption, which has been afflicting the AK Party government all along.

Roughly three distinct kinds of reactions can be identified and these are clearly reflected in their corresponding newspapers. The first group consists of politically center-right newspapers such as Hürriyet and Milliyet, liberal ones such as Taraf and Radikal, conservative ones such as Milli Gazete and Yeni Asya, and those fitting somewhere in between these three, such as Zaman, Bügün and Today’s Zaman, which are also perceived to be sympathetic to Mr. Fethullah Gülen, a Turkish Muslim scholar, who has inspired the worldwide Hizmet movement. In their coverage of the investigation, these papers have all focused on the bribery allegations and the evidence revealed, and stressed the necessity for a swift and impartial judicial process in order for the government to be cleansed of the corruption.

The second group consists of pro-government papers ranging from center-right to radical Islamist characters, and it includes, respectively, Akşam, Star, Sabah, Türkiye, Yeni Şafak, and Akit. Regardless of their political stance, they have unanimously amplified and advocated the government’s reaction voiced by its top figures, including the prime minister. Mr. Erdoğan’s first reaction was that the investigation was part of a “dirty operation, with external ties” against his government and Turkey. According to Erdoğan, it was unacceptable that police moved without the authorization of the interior minister. He argued that this happened because of a “parallel structure” within the police and judiciary (in clear reference to the deliberately constructed allegation of so-called “Gülenist” formation), and vowed to root out from all state institutions what he described as a “gang.”

While largely ignoring in their coverage the bribery allegations and evidence, these pro-government papers focused on the prime minister’s “dirty operation, with external ties” theory, and presented the investigation as a so-called Gülenist police and judiciary assault on the elected-AK Party government. The Sabah daily listed four reasons for the investigation, which it called a “cynical set up”. First, it targeted the economy minister, because the infamous “interest lobby” wanted to ruin Turkey’s economic successes, and prevent the AK Party government’s fight against that lobby. Second, it targeted the interior minister, because “those” afraid of the new structuring within the police and intelligence wanted to preserve their status. Third, it targeted the minister of environment and urban planning, because the infamous “those” wanted to paralyze the housing campaign of the government, which had served as a force for Turkey’s economic success. Finally, it targeted Halkbank in an attempt to curb Turkey’s rising influence in its region, again because that bank has been key for Turkey’s oil-gold trade with Iran, northern Iraq oil deals and the Iran-India oil trade. On that fourth point, in its headline, the radical Islamist Akit daily argued that the investigation was masterminded by Israel, and initiated by the United States, upon the complaint of the main opposition Republican People’s Party (CHP). Like the others in this group, the Akit also highlighted Erdoğan’s vow to root out the so-called parallel structures within police and judiciary.

Finally, what is the latest?

On the government front, swift action has been taken on the orders of Mr. Erdoğan, and all the police chiefs involved in the investigation have been sacked. Two new prosecutors have been assigned to the investigation, reportedly in order to “help.” The sacking of police chiefs has expanded to other cities as well. In the meantime, İstanbul’s chief of police has been replaced. Despite the widespread public outcry for the implicated ministers’ resignation, the AKP spokesman announced that the four ministers would not resign. Furthermore, the party’s minister for EU affairs told reporters, “I am not worried.” There are also reports suggesting that the AKP government is preparing to declare the Hizmet movement a terrorist organization.

So, in a nutshell, this is what is happening in Turkey right at this very moment. After all, it isn’t that difficult to understand what is “really” happening, is it?

Yet, until the next political scandal breaks out and makes this one fade into oblivion, there is one pressing question to be answered. Well, let’s assume that there are some in the US, the EU and Israel who are jealous of the AKP government’s success story and unstoppable rise in the region. But what about the millions of dollars in cash that the government officials have apparently received in bribes?

KADİR UYSALOĞLU, OSLO Former Norwegian Prime Minister Kjell Magne Bondevik has said the ideas of Fethullah Gülen, a Turkish-Muslim scholar, and the activities of his movement are in complete harmony with the approach of The Oslo Center for Peace and Human Rights, which Bondevik currently heads. Bondevik yesterday paid a visit to the En Verden i […]