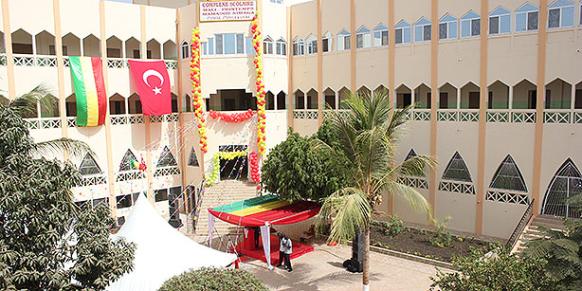 Last week, Recep Tayyip Erdoğan warned African countries against a “threat” from “dangerous structures that look like nongovernmental organizations or education volunteers,” referring to the volunteers of the Gülen movement, saying that his administration is ready to cooperate with African governments against such structures.

Gülen’s Lawyer Nurullah Albayrak rejected the accusations in a written statement on Tuesday, describing the attacks as “hate speech and discrimination” against Gülen and volunteers of the movement. “It should be known crystal clear that neither Fethullah Gülen nor anyone having sympathy to him has never involved in any illegal activity against Turkey or other countries,” Albayrak stated.

The “parallel structure” is a term invented by Erdoğan to refer to followers of the Gülen movement, particularly followers within the state bureaucracy. He made the elimination of the so-called parallel structure a priority after a major corruption scandal involving people in his inner circle erupted with a wave of detentions on Dec. 17, 2013. The president, who was then prime minister, framed the corruption investigation as a “plot against his government” by the Gülen movement and foreign collaborators.

Turkish schools affiliated with the Gülen movement, also known as the Hizmet, have been opened around the world over the past several years, including in many countries in Africa. A charity group that is affiliated with the movement, Kimse Yok Mu, was also active on the continent until its license to collect donations was rescinded in Turkey, apparently as part of the government’s fight against the “parallel structure.” The Council of State halted the decision this week.

“We hope that heads of state and government will be more alert regarding these organizations, which create clandestine structures in every country they operate in and whose spying activities have lately become more visible,” Erdoğan said at the 2nd Turkey-Africa Partnership Summit in the capital of Equatorial Guinea, Malabo.

The lawyer said it is impossible to justify such “illogical” statements with democracy and universal values, adding that participants of the Gülen movement, with their contributions to trade and educational activities between Turkey and host nations gained the sympathy of the countries they are located. Gülen’s lawyer challenged Erdoğan to prove his claims. He said allegations against Gülen movement’s education and relief activities are not only true, but also libelious.