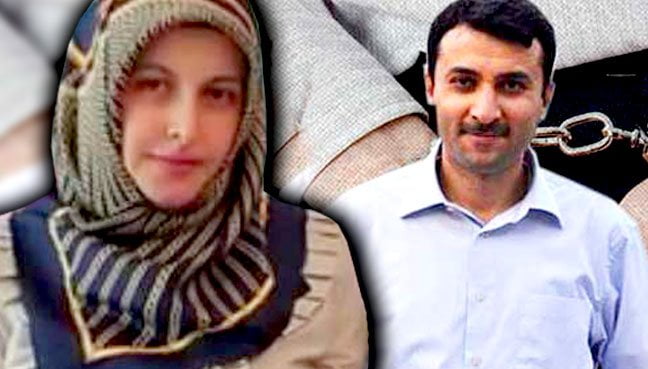 According to her, he said this during their hour-long meeting at Bukit Aman police headquarters here, today, where Karaman, along with Ismet Ozcelik and Ihsan Aslan are being detained under the Security Offences (Special Measures) Act 2012.

“If this (his arrest) has anything to do with political matters, and if they (the Malaysian authorities) don’t want him here, they can send him to any other country.

“Just not Turkey, because they will torture him there,” she told a press conference after the meeting.

Ayse was referring to the ongoing crackdown by the Turkish government on supporters of exiled Turkish cleric Fetullah Gulen.

The Gulen movement was accused by Turkish president Recep Tayyip Erdogan of being behind the attempted coup in the country last year.

“At least 50 people inside the Turkish prison have already died because of torture. Some passed away because they were denied medical treatment,” Ayse claimed, but did not provide any source for the information.

Karaman and Ozcelik’s lawyer, Rosli Dahlan, who was also present this afternoon, said the same, adding that Karaman should be allowed to move to another country of his choice.

“If Karaman is being accused of any legal offence, then he should be tried in a Malaysian court instead of being sent back to Turkey,” Rosli said.

He also suggested that Karaman, Ozcelik and Aslan’s arrests may have been politically motivated.

“There are political developments in Turkey which shouldn’t affect Malaysia. These people are just academics.

“Karaman has been here for 14 years, and there are sufficient photos of him with our leaders.

“So, there is no situation that connects Malaysia to Turkey, except the crackdown that is happening in Turkey,” said Rosli.

Ozcelik was detained around 5.30pm on May 4, while travelling in a car with his son Suheyl and another unidentified individual.

Karaman on the other hand was initially thought to have been abducted, after a CCTV recording showed five plain-clothed men abducting him in the car park of Wisma E&C in Damansara Heights, on May 2.

Aslan was also reported as abducted on the same day, after his wife failed to contact him that night.

However, on May 3, Inspector-General of Police Khalid Abu Bakar tweeted that Aslan and Karaman were actually arrested in connection with activities that threatened national security.

Deputy Prime Minister Ahmad Zahid Hamidi had later said that the arrests were made after police obtained information from the Regional Digital Counter-Messaging Centre (CMC).

He added that the police have made some findings based on the duo’s communication that led authorities to suspect that they posed a threat to national security.

Asked about this, Rosli said Ozcelik was first arrested on Dec 13 last year, for allegedly obstructing immigration department officers from carrying out their duty. He was remanded for 53 days, but he was never linked to any terror groups, including Islamic State (IS), added Rosli.

Hence, Rosli is confident that the police have no grounds to detain Ozcelik and Karaman any longer.

“I hope this is all just a misunderstanding. We will be writing to the authorities, requesting their release.

“If all else fails, we will file a judicial review saying the process of detaining them has been totally misconceived.”