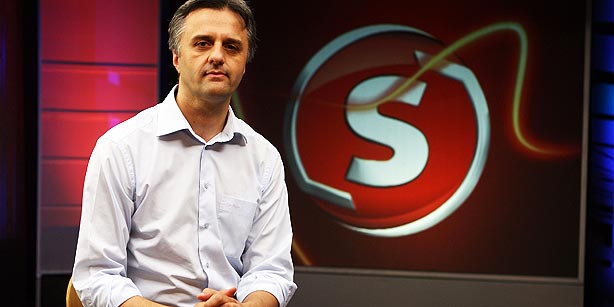 Radio and Television Supreme Council (RTÜK) has suspended 20 TV shows of the Samanyolu Haber TV news channel, its Editor in Chief Metin Yıkar announced via his Twitter account on Saturday.

RTÜK has given the harshest penalty that it had not given to anybody else in its history,” Yıkar said.

The RTÜK penalty came days after Prime Minister Recep Tayyip Erdoğan vowed to finish off the Hizmet Movement and its affiliates, including the Samanyolu Haber TV.

Erdoğan has portrayed the sweeping corruption scandal that broke on Dec. 17, 2013 and implicated close associates and even his own family as a Gülen movement plot to weaken his government ahead of critical local polls scheduled for March 30.

Gülen and his followers are at the center of Erdoğan’s accusations, although the prime minister has so far failed to present solid evidence to prove that the Hizmet movement is behind the Dec. 17 corruption probe.

In a related development, RTÜK members Öztunç and Süleyman Demirkan stated at a press conference that the RTÜK’s biased attitude toward TV channels prevents the Supreme Election Board (YSK) from reaching fair decisions on channels that may have violated the pre-election rules.

Recalling that the deputy head of the RTÜK’s Monitoring Department has ordered reports to be prepared on those TV channels that broadcast main opposition Republican People’s Party (CHP) leader Kemal Kılıçdaroğlu’s speech at a parliamentary group meeting on Feb. 25, during which he played recordings allegedly featuring the voices of PM Erdoğan and his son, Bilal Erdoğan, to the YSK for violations of the pre-election rules, Öztunç said the reports had caused much debate in the RTÜK supreme board meeting.

“During the two-day debate, we explained that this [preparing reports on government-critical channels] is wrong, as it is indirect censorship. Freedom of the press is an inseparable part of democracy. If press freedom is absent, then we cannot talk about democracy. We urged the other members not to do this. But the five members of the board who were elected from AK Party quota were not persuaded on the issue,” said Öztunç.