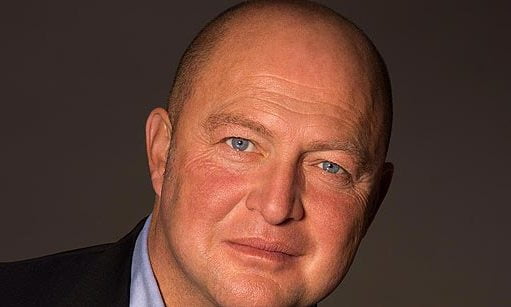 Mustafa Koç has come under fire by Prime Minister Recep Tayyip Erdoğan before, for allegedly “conspiring with foreign actors and Gülen to topple the ruling Justice and Development Party [AK Party].” In an interview with the Turkish daily Hürriyet, the successful businessman said there is nothing wrong with meeting leading actors in social and economic fields, adding that people should stop using this as a tool for defamation campaigns.

“I met Gülen during a trip to the United States in May; earlier claims that we are part of a foreign-backed plan to destroy the power structure of the current government and design a new system of rule in Turkey are baseless,” Koç asserted. Erdoğan has been at odds with Koç since last summer’s nationwide Gezi Park protests, when Erdoğan accused Koç of sponsoring anti-government protests. Koç companies previously faced a government crackdown over allegations of tax fraud, and a recent illegally recorded phone conversation alleging that Gülen had sent Koç “valuable” gifts has led to increased government pressure on Koç.

In one of the illegally recorded phone conversations, Mustafa Günay, the secretary-general of the Turkish Confederation of Businessmen and Industrialists (TUSKON), is heard telling Gülen that he had sent Ugandan pineapples to businessmen, including Koç, as gifts. Günay was also consulting Gülen about a tender for a refinery in that country, saying a Turkish company — Koç Holding, if possible — should enter it.

“Yes, I received a box of pineapples from Uganda and I must say they were really delicious. Later, I called them [TUSKON] and thanked them for the gift,” Koç told Hürriyet. In reaction to some who alleged that “pineapple” was a code word for diamonds, Koç said those statements are untrue.

Koç said he once traveled to Africa with TUSKON members, which was seen as a big issue by some circles. “There is nothing more normal than this; we are businesspeople,” he said. TUSKON, the biggest business organization in Turkey, has connections all around the world and its member companies are at the forefront of trade with Africa. There was no Turkish embassy in Uganda when Turkish entrepreneurs first went to the country 11 years ago to open schools. “I am personally in close contact with business confederations like the Turkish Industrialists and Businessmen’s Association [TÜSİAD] and TUSKON, and we have always remained out of politics. We have business ties in Africa; our group made serious investments in South Africa in 2011 and people should be happy to see a Turkish firm investing in Africa instead of fabricating conspiracies,” Koç said, without naming Erdoğan directly.

Meanwhile, Gülen has filed criminal complaints against a number of people who illegally wiretapped his phone conversations with friends, as well as against media outlets and websites that published defamatory, distorted voice recordings of Gülen.

Several African states have rejected Turkey’s request to close schools run by the Hizmet movement. Turkish President Erdogan accused Fethullah Gulen, who owns Hizmet, of involvement in the failed July 15 coup. When Turkish President Erdogan visited Uganda and Kenya in May, he sought to stamp out the influence of the Islamic cleric Gulen. He accused the preacher of using his connections to try to overthrow him, allegations which Gulen denied.