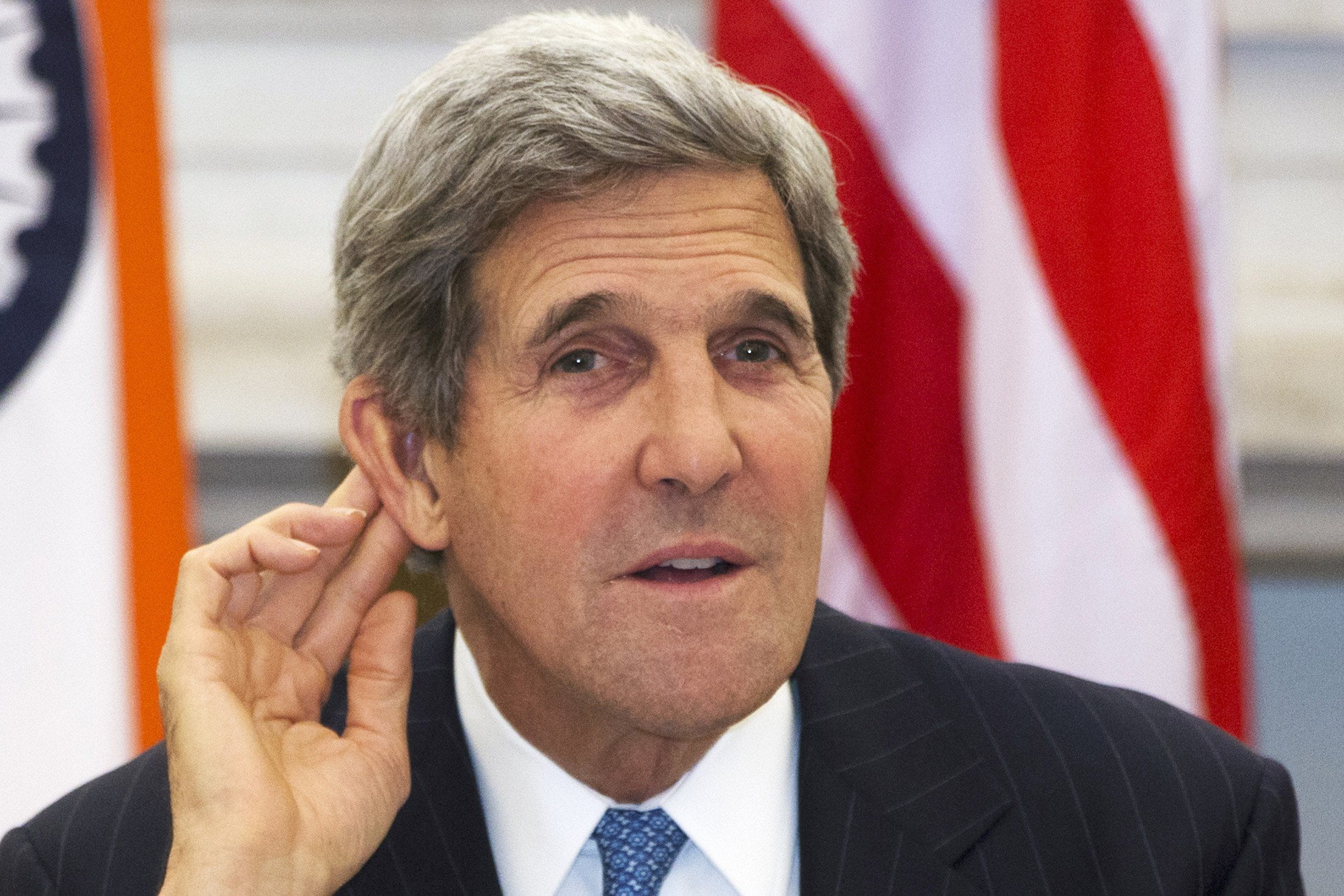 Tensions between Turkey and the U.S. escalated Saturday, as Secretary of State John Kerry took issue with Turkish president Recap Tayyip Erdogan’s insinuations that the U.S. played a part in this weekend’s failed coup, that left 265 dead and 1,440 wounded.

At issue is Fethullah Gulen, a Muslim cleric who lives in Pennsylvania in self-exile, whom Erdogan is demanding be extradited to Turkey. Erdogan claims Gulen is behind the attempted coup, and the U.S., for all extensive purposes, is harboring him.

But Kerry slammed any implications that the U.S. had any involvement in the attempted coup. “He made clear that the United States would be willing to provide assistance to Turkish authorities conducting this investigation, but that public insinuations or claims about any role by the United States in the failed coup attempt are utterly false and harmful to our bilateral relations,” Kerry spokesman John Kirby said late Saturday, referring to a conversation between Kerry and Turkish Foreign Minister Mevlut Cavosoglu.

Erdogan has claimed that Gulen inspired and mobilized his supporters in his native Turkey, and directed the coup. Gulen, a staunch democracy advocate, is a former Erdogan ally turned bitter foe who has been put on trial in absentia in Turkey.

And Erdogan, saying he is convinced Gulen is responsible for the attempted coup, is not mincing words over his anger with the U.S. “I say to America: Either execute or give the man who lives in a 400,000 square meter area in Pennsylvania,” Ergodan told a crowd of supporters in Turkey Saturday. “I call again after the attempted coup. Deliver him to Turkey.”

Erdogan has also questioned the countries’ relationship adding, “If we are strategic partners, then listen to your partner and do what we say. We gave you whatever terrorist you demanded. Now, give us the person that is on our terror list”

Earlier in the day, though, Kerry was less harsh, telling reporters while in Luxembourg, “We fully anticipate that there will be questions raised about Mr. Gulen. And obviously we would invite the government of Turkey, as we always do, to present us with any legitimate evidence that withstands scrutiny. And the United States will accept that and look at it and make judgments about it appropriately.”