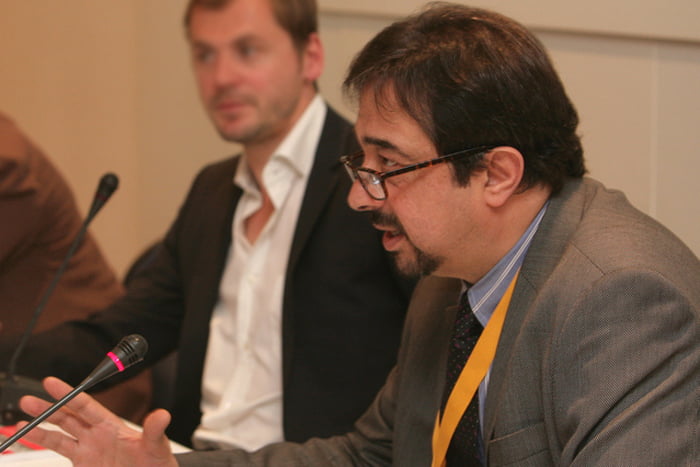 Life has all of a sudden become difficult for Prime Minister Erdoğan at the very moment he considered his political future secure. The pro-government media is rallying now to discredit the corruption investigation which involves a large number of detentions, and which includes the sons of three government ministers, one mayor from Erdoğan’s Justice and Development Party (AKP), and prominent businessmen and bankers.

Everyone is wondering now what is behind this operation, and the first “suspect” to come to many minds is the Islamist Gülen movement. Tensions between this group and the AKP have been rising over the years, and boiled over recently due to the prep-school issue – a matter that has received wide media coverage.

The former is emphasizing the rule of law now while the latter is talking about a conspiracy against Erdoğan, including the not surprising claim that Israel is somehow behind this investigation.
No doubt the coming days will rake up all sorts of claims, and the rumor that the investigation covers a government minister who allegedly took a 1.5 million dollar bribe shows how ugly some of these will be.

All of this is disastrous for Erdoğan who has tried to build his political reputation on combating corruption. All the lofty remarks he made on this score, especially against governments before the AKP, are now in the air.

His own Minister for Interior Muammer Güler, whose son is among those detained, remarked not so long ago, in connection with Gezi Park protests, that the police would not arrest anyone without reason. The pro-Erdoğan media constantly seconded this opinion at the time, praising the police that were brutalizing demonstrators.

The same police force is being vilified now by this media. Many also wonder whether Güler still feels the same about police arrests now that his son has been taken in. It is not hard to imagine how bad it looks for Erdoğan to see not just the son of his interior minister, but also the sons of his economy minister, and housing and environment minister under arrest.

Nothing has been proven yet and legally everyone is presumed innocent until proven guilty. But this is Turkey where judgments, whether justified or not, come instantly. Because of this, loaded questions are flying in the air now.

Then there is the question of just how much Erdoğan knew about this investigation, which is said to have been going on for more than a year. If he knew about it why did he not act? If he did not know, and the charges leveled by the prosecutors are proven true, then what does this say about his competence as a party leader who is supposedly keen to combat corruption?

Many are also wondering what Erdoğan and his ministers will say or do about the prosecutors in charge of this case. They cannot have them fired because they are led by the same man who initiated the Ergenekon investigation which pleased the AKP so much at the time.

And finally, what political damage will all this have done to the AKP in the lead-up to crucial local elections? This question is particularly important because some of the major allegations in the current investigation involve shady dealings in the building sector, which technically cannot put one brick on another without municipal and government approval.

Call it a hornet’s nest that he has walked into or a political banana peel he has stepped on, what is clear is that Erdoğan is not a very happy man today, especially when it is clear there are scores of questions that will hound him for days, weeks and months, if not years.