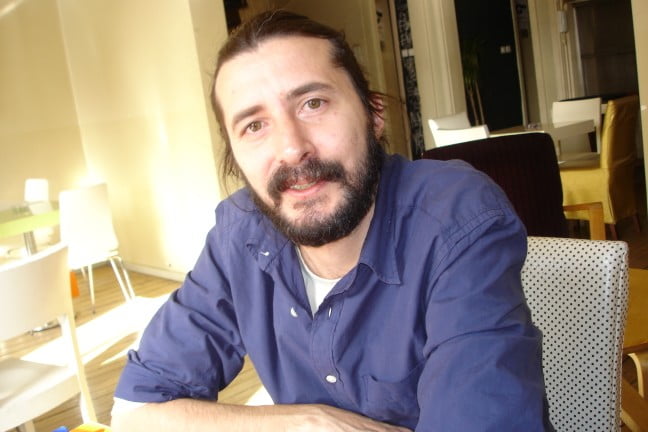 Taha Kıvanç (Fehmi Koru) had borrowed the headline of his column yesterday at daily Star from columnist Hasan Cemal: “No offence, I am writing about myself…”

His piece ended with this sentence: “Tolerance should not be tied to such a thinly wired fuse.” Even though he did not cite any names, he wrote his column with the grief he felt before the extremity of the criticisms against Head of the Constitutional Court Haşim Kılıç by the circles glued to the government.
While he was saying, “Moreover, if the sides of the fight are from the ‘right’ segment or if they have an ‘Islamist’ identity, then one has difficulty managing the bloodshed and the uproar raised,” he was at the same time conveying the message, “You would not trust those who applauded today; What have these eyes seen…”

Since I am not a rightest, I really do not know or assess the codes of friendship codes fidelity of the rightists; I do not care much either.

However, in a surprising coincidence, it was again yesterday that Hasan Celal Güzel’s article was published in daily Sabah and according to it, it is not a very trustworthy style of friendship…
Güzel drew an analogy of “Dr. Jekyll and Mr. Hyde” and noted “This cannot be my 42-year-old friend Haşim Kılıç.”

Can’t a friend be well known in 42 years? This is interesting indeed…

Let me not blabber; let me come to the point.

The real meaning of the slogan “No stopping, continue” is shining like the party logo: “The only right is what ‘that’ finger is pointing to. If you stop, you will fall. You will no longer exist…”

There are many examples… For instance, do you remember the Turkish Olympiad last year? The finals were broadcast live in every news channel.

This year, not even a second. While the “Gülen Community” has become “nonexistent” in the eyes of Erdoğan, which channel dares to broadcast the Mali version of the “Üsküdar” song from the Mali student?

Look at where that organization stands this year, the one that “celebrities” were racing with each other to find tickets, to appear on the stage and where the doors of all stadiums and halls were wide open?

Remember Yiğit Bulut, who in his capacity as the editor-in-chief of Habertürk TV on May 1, 2011, was broadcasting with the greatest enthusiasm from Taksim Square, covering the May Day celebrations in Taksim.

What would the chief advisor of the prime minister think today about May Day celebrations in Taksim? Just make a guess…

While we are approaching the last turn before the presidential elections, we can still see the smoke coming from those newspaper articles written about Abdullah Gül, saying, “AKP grassroots may not favor this; it looks as if …”

I’m not even going into the parody of taking down Hakan Şükür’s name from stadium signs.
Whatever, of course the Siamese twins of the government would know better than me, but let me give a final tip to them – out of utmost respect…

It is quite risky to write during these times that we are electing a president for the republic. You better write, “The president is electing his republic,” right?

James C. Harrington, founder [director] of the Texas Civil Rights Project and professor at the University of Texas at Austin Law School, spoke to a crowd of students, lawyers, judges, and local business people about his new book: Wrestling with Free Speech, Religious Freedom, and Democracy in Turkey: The Political Trials and Times of Fethullah Gulen. Harrington discussed recent changes in Turkey’s legal structure as part of the Gulen Institute’s ongoing lecture series, pointing to the result of the Fethullah Gulen trial as a pivotal victory in the nation’s struggle for civil liberties.