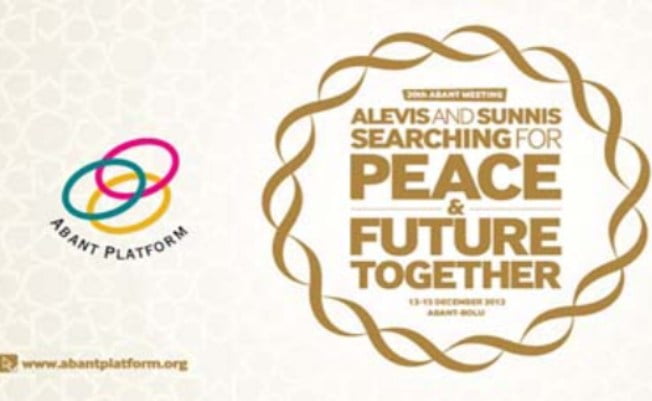 The Alevi issue is the key theme of this year’s Abant Platform, which started on Dec. 13 by way of the organization efforts of the Gülen Movement-affiliated Journalists and Writers Foundation (GYV).

The three-day meeting which has gathered intellectuals from various ideological camps came at a time when tension between the government and the movement has become extremely visible in the eyes of the public due to the former’s plans of “transforming” the private “cram schools” that prepare high school students for Turkey’s highly competitive university entrance exam. Although the government prefers to dub the move as a transformation, it is widely interpreted as a closure down of all those schools, a considerable number of which have been run by businesspersons who have ties with the Gülen movement.

The meeting, titled “Alevis and Sunnis: Searching for Peace and a Future Together,” aims to promote mutual coexistence with open discussion sessions between over 150 people, including academics, researchers, journalists, prominent figures from both Alevi and Sunni civil society groups, as well as officials from the Directorate-General of Religious Affairs (Diyanet).

Matters that are on the agenda and to be debated include faith relations in Turkey and the Middle East from a historical perspective, the social cost of polarization, freedom of conscience and faith, equality in freedoms and rights, and having Alevis and Sunnis become more familiar with each other.

The Abant Platform holds conference each year focusing on an array of issues.