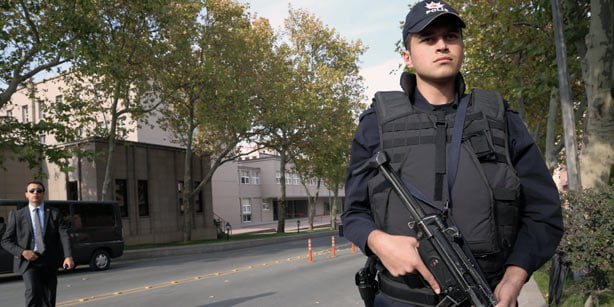 In the latest wave of personnel changes, nearly 500 police officials have been reassigned in Ankara and İzmir, as the government of Turkish Prime Minister Recep Tayyip Erdoğan scrambles to cover up a recent corruption scandal.

In İzmir, two deputy police chiefs and 10 commissioners were reassigned to different posts on Wednesday.

The current financial crimes unit deputy chief, Metin Tuncer, who was responsible for carrying out a far-reaching tender-rigging investigation into operations at the Port of İzmir, has been appointed as the deputy chief of the riot police unit.

In Ankara, at least 470 police officials and officers were removed from their posts and reassigned to different and less influential posts.

Corruption raids and arrests in mid-December implicated sons of three ministers, businessmen and a chief of the state bank, sparking a massive political turmoil in Turkey.