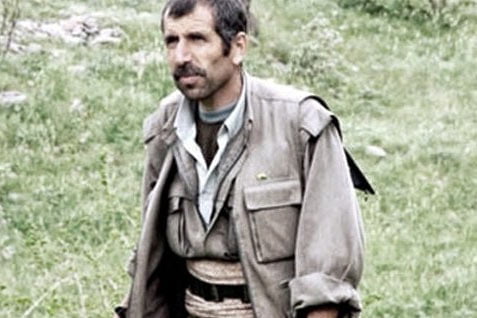 “Bahoz Erdal” code-named Fehman Hussein, who represents the most bloody wing of the PKK terrorist organization and the organization’s Syrian wing, directs preposterous accusations to the Gulen movement and the police.

He claims that the movement entraps Kurdish children and brings up them as spies. Bahoz argues, “They [the movement] recruit Kurdish kids at their college prep courses. They aim to disassociate the kids from Kurdish history and identity, and they seek to eradicate Kurdish identity.” Bahoz also called on families to protect their kids from the Gulen movement.

The Movement, police and boarding schools against the PKK

Bahoz in fact confessed that the PKK is losing its ground by claiming the Gulen movement is not alone, but the police and boarding schools are fighting together with the PKK.

Bahoz continued his accusations using expressions of hate and claimed that the goal is to assimilate the Kurdish people.

Kurdish student are educated as spies

Bahoz expresses his dissatisfaction about that Gulen-inspired college prep courses educate the Kurdish kids, and they even become policemen and statesmen. He said, “Another issue is that college prep schools assimilate Kurdish youth. Especially Gulen-inspired college prep courses seek this end. They promise a good education and pious life that disassociate Kurdish people from their values. There [at these courses] our people become policemen, statesmen and [eventually] they become spies. They are involved in dirty affairs. These schools recruit Kurdish kids so that they grow up against their own people.”

Bahoz continued his absurd claims. “The movement and the police target students, especially girls, and deceive them through various ugly ways,” he said.

Bahoz reiterated his claims and called on Kurdish families not to send their children to Gulen-inspired college prep courses.