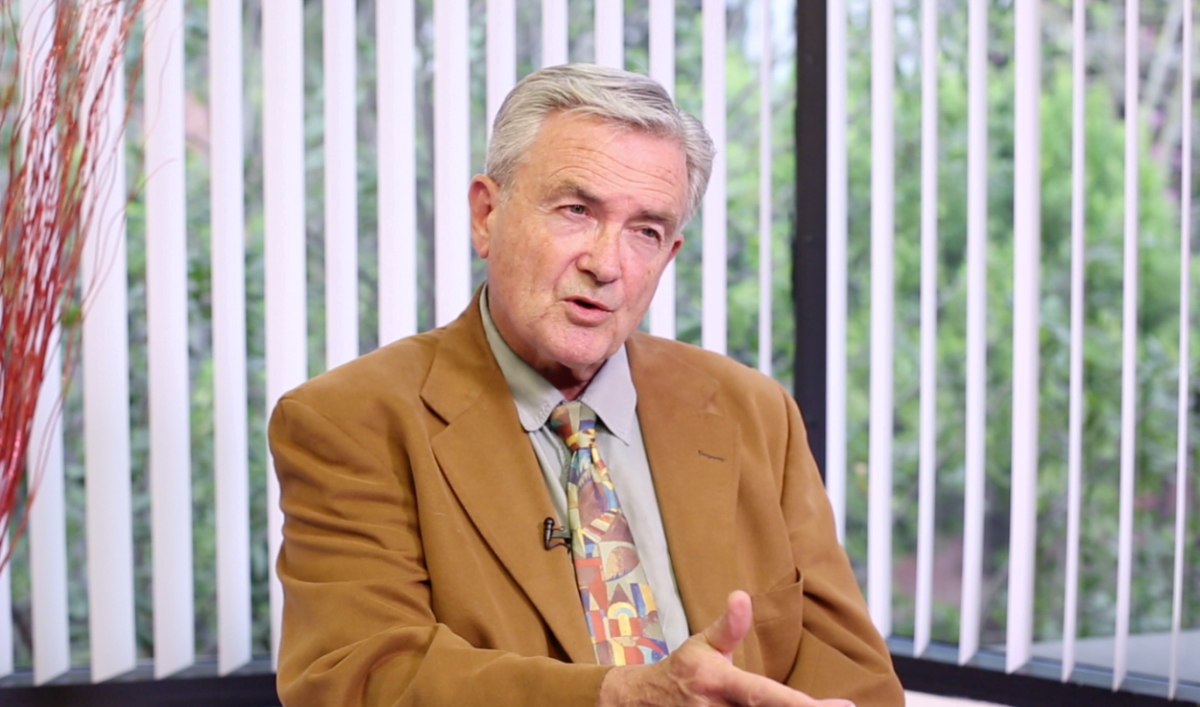 Recep Tayyip Erdogan is the president of Turkey, a NATO member nation that hosts our nuclear weapons. Evidence indicates he’s an Islamist.

Erdogan’s fundamentalist convictions led to persecution of two of whom I’ve written and published: the late Çelic Gülersoy, referred to as “Next to Ataturk” and Fethullah Gülen. The latter has been compared to Gandhi, Luther, Nelson Mandela and Martin Luther King Jr., but Erdogan accuses him of launching the recent military coup. Gülen is a scholar and man of the cloth. His writings have attracted a following, an international movement, the name and mission of which UC Press entitled its recent publication “Hizmet Means Service” (ed. Dr. Martin Marty, 2015).

I wrote “Gülen’s Dialogue on Education” as a response to those asking “Where are the moderate Muslims?” A 2008 Foreign Policy Magazine survey of half a million ranked Gülen first among the hundred greatest living thinkers. In 2013, the NYC East/West Institute awarded him its Peace Award, one of only three presented in as many decades by this non-governmental group responsible for convincing President Reagan to meet with Mikhail Gorbachev. Hizmet is a civic, not a political, organization. It includes those inspired by Gülen to build schools (800 around the world), to teach, to respond as disaster relief agents, and to write to provide checks and balances in Turkey.

To be fair, in the early 2000s Erdogan’s government appeared promising. It negotiated with Kurdish separatists, got rid of visas to bordering countries, and led a thriving economy.

After much negotiation to counsel the dishonest Assad, Erdogan went on attack, and Assad increased sanctuary for the PPK, Marxist/Leninist Kurds, responsible for a 30-year war of secession, which has resulted in 30,000 deaths (incidentally, and more ironically, the most lethal foe of ISIS).

Since 2000, many in Hizmet, as well as others, demanded the government investigate those in the military responsible during its 1980 coup for the “disappeared thousands.” Subsequent trials jailed many, along with others who after 2007 plotted to launch a coup against Erdogan. I have many friends, like Gülersoy, associated with the Turkish military, the second largest in NATO. But within this impressive body, there are some, the “deep state,” who are corrupt and criminal.

With the neighboring Arab Spring, Erdogan needed the support of the same military that his government had previously jailed. Since 2013, he has been blaming Gülen and Hizmet, along with intellectuals and secularists who both encouraged the earlier investigations and criticized his emerging authoritarianism. By blaming this coup on Gülen, Erdogan placated a bitter military. In framing Hizmet, Erdogan cites a “parallel state,” twisting a phrase to echo an allusion meaningful to most knowledgeable of Turkish political history. For more than a half century, the secret “deep state” has referred to a fascist wing responsible for overthrowing four democratic governments. Would any in the military who have been under Hizmet’s scrutiny for the last decade attempt to overthrow the government in the interests of Hizmet? It doesn’t follow.

With a similar twist of guile, Erdogan claims to be the new Ataturk. The nation’s founder was secular; outlawed women wearing veils; imposed Turkish, instead of Arabic, for worship; and instituted le laïcité, a very different concept of state and church relations from what the U.S. practices. You must understand the difference: Gülen’s followers have sought freedom for religions in contrast to Turkey’s traditional heritage of Code De Napoleon, which insures freedom from religion. Washington doesn’t appoint bishops nor outlaw Latin. Imagine President Obama appointing Mormon, Catholic, and Baptist leaders. Since 2010, Erdogan has expunged Ataturk’s ban on women wearing veils, instituted religious classes in public schools and universities, arrested writers, journalists, and civic leaders, outlawed Facebook and Twitter, fired judges, emulated Putin’s executive presidency, and in a week in the wake of the coup arrested and fired 70,000. Erdogan has a vendetta without evidence for blaming Gülen but is using the coup as an excuse to punish any critical of his increasing authoritarianism.

Write Congress and the president to oppose Erdogan’s blackmailing the United States to extradite Gülen.

Turkish Islamic scholar Fethullah Gülen vowed to defend what he believes despite an organized attack by the government of Prime Minister Recep Tayyip Erdoğan that employs hate speech, slander and outright lies in order to discredit him and members of the Hizmet movement.