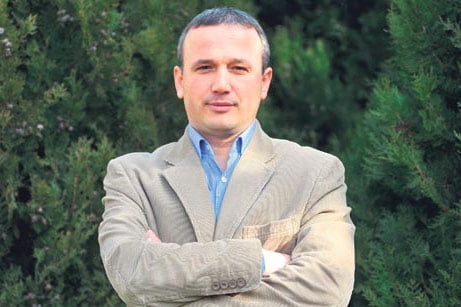 Islamists (or Islamic groups) have to face a simple reality: There are radical religious Muslim groups around the globe with false interpretations of Islam. The threat of religious radicalism is not simply Western imperialist jargon devised to benefit self-serving Western strategies. It is a fact that various radical Islamic groups have paradoxically served to help bring various aggressive Western policies into being.

It is also a fact that radicalism among Muslims has its own ontological source other than the imperialist West.

Today, it is the broad Muslim community that is primarily threatened by radical Muslims. To repeat this for emphasis: The radical religious groups in the Muslim world are first and foremost a threat to the Muslim community. That tasks the broad Muslim community with a mission to denounce them. Reports from Mali reveal that pious Muslims are praying in mosques for French help against the approaching radical Muslim groups. This is at once a symbol and proof that religious radicalism is primarily a threat to Muslims.

Yet there are two strategic calculations that have many in the Islamic world ignoring the threat of radicalism. One of those strategic calculations is that there is no such thing as a threat to Muslims from Muslim radicalism. Even some prominent Islamists in Turkey do not accept that there is a threat from radicalism. The claim that this threat exists is seen as a Western exaggeration to legitimize Western interventionist policies. The other strategic calculation is that of those Islamists who do not want to accept that there are radicals with a false interpretation of Islam. I do not use “false” to rule against any philosophical position in a debate about the Islamic faith. Rather, I use it to discredit the view that violence and killing are practices acceptable to Islam.

Some other Islamists confirm the fact of the radical religious threat, but consider it incorrect to denounce the radicals strongly. This attitude is likely to harm the global image of Islam and Muslims. The reluctant denouncers of radicals prefer to hide this reality.

It is time for the strong rejection of radicalism by Muslims. Radicalism destroyed Afghanistan, it weakened Pakistan and it may destroy Syria. The broad Muslim community must acknowledge that there are some religious groups whose interpretations of Islam are false and unacceptable.

One might even point out that an inner bargain among Muslims, in the form of Muslims versus Muslims, is detectable. Though they are small in number, radicals are blatant, and therefore grab the attention of the global public easily and quickly. Meanwhile, certain states, notably Iran and Saudi Arabia, put into practice indecent policies, such as the chopping off of hands in public. This is extremely wrong. This is just a different example of the radicalism that grossly misinterprets Islam. Saudi and Iranian politicians should realize that they are not only chopping off the hands of poor people but also the hands of the global Islamic community of Muslims (ummah). Chopping off a man’s hands in public is a highly pornographic act. It is certainly not Islamic behavior. It is an act that directly harms Islam. These acts are outrageous and scandalous, and bring to Islam only serious damage. One cannot find a better way of harming the image of Islam than the sight of powerful Muslims chopping off the hands of powerless Muslims.

Noting the various examples of radicalism among Muslims, one can argue that Islam’s main problems are its Muslim enemies. Those Muslims who insist on unacceptable behavior and perpetuate it with violence are simply the Muslim enemies of Islam. Understandably, it is very difficult to challenge these enemies. Even so, Islamic groups have a special responsibility to challenge radical Muslims, and should be the first to do so. If secular groups were to be the first to move against them, that would only consolidate the formation of radical groups. Logically, religious groups are the only antidote to radicalism carried out in the name of religion. Secular or liberal groups do not have the properties needed for the antidote.

The Future of Islamic Civilization in A Globalizing World

By Muzaffar K Awan, M.D.  Grand Rapids Michigan USA The Muslim civilization was developed historically (spanning from 7th through the 17th centuries) dominating the world close to a millennium. It had transformed the world particularly during its golden age (8th to the 12th centuries); had become universal, supremely successful in all human endeavors, education, democratic […]