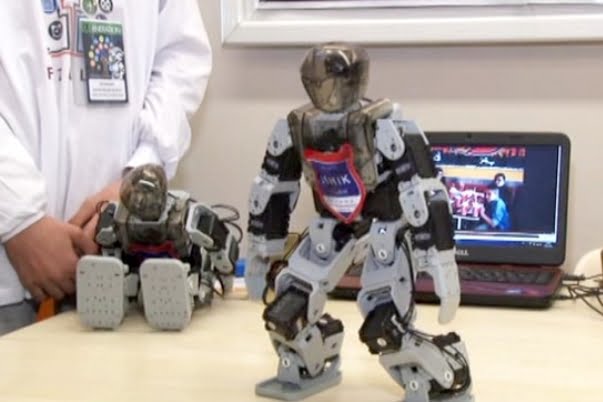 The inventions exhibited at the 3rd Information Technology Fair by Fezalar Educational Institutions in Erbil, Iraq, got the thumbs up from the visitors.

31 students from 14 schools in Baghdad, Erbil, Basra, Sulaymaniyah, Dohuk, Halabja and Soran participated in the fair. 78 different projects in total were displayed throughout the day. Ahmed Karani, Undersecretary to Education Minister at the Kurdistan Regional Government (KRG), was among the visitors of the fair. Karani found the students’ projects successful and scintillating. He also commended the students for their high academic level and accentuated the significance of fairs in this nature.

Among the highlights of the exhibitions, the helicopter model that can rise up to 6,500 feet and robot dancing along the local traditional music attracted the most attention. The helicopter, with the feature to capture license plates from above with its built-in digital camera, was awe-inspiring. And the robot dancing along a song by Ibrahim Tatlises, a renowned, Turkey-based singer in the region, enjoyed particular interest from the audience.

Hakan Olcer, the principal of Isik School in Dohuk, spoke to Cihan News Agency. “It took our students 10 days to assemble the parts of the robot. It also took another 20 days and 50-page-long coding for songs and dances,” he said.

Silan Ahmed, a student who invented a walking stick with sensor, said he intended his project as an ease for the 39 million visually handicapped on earth.