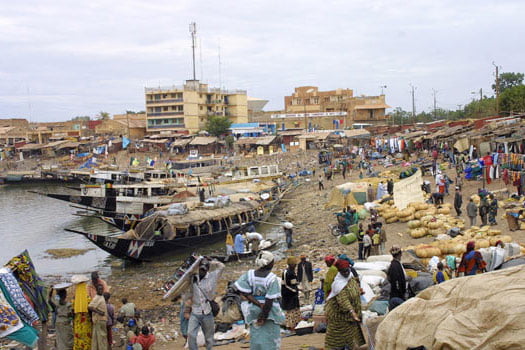 Kimse Yok Mu continues its help to Malians left homeless in the ongoing civil war around the country. Donations delivered to the country are ready to be distributed. Building bridges between philanthropists and the needy, Kimse Yok Mu has once again taken action to aid war-stricken people of Mali.

The association, which has delivered donations to over 97 countries regardless of faith, language and race around the world to date, is now lending a hand to over 200 thousands refugees fleeing the war. 40 thousand dollars worth of food and clothing, 10 thousand dollars worth of blanket along with 13 thousand 650 dollars worth of sacrificial meat have been delivered so far. The aid distribution started on January 30. Kimse Yok Mu officials had previously visited the region and cheered up the families in need during Eid ul-Adha. The officials promise to continue healing wounds of Malian victims.