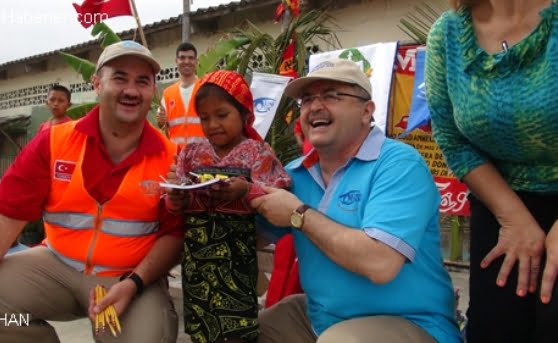 International Turkish charity organization Kimse Yok Mu, which operates in many parts of the world, went to a difficult to reach tribe in Panama to distribute them aid materials.

Located on Ustopo Island, the volunteers form the Kimse Yok Mu went to the tribe named Kunayala through some special boats and a plane. Locals of the tribe, which has a population of 7,000 people, welcomed Kimse Yok Mu officials with great joy. Apart from basic needs, around 1,200 students were provided stationary materials and 10 students were determined to supply scholarship. Parents expressed their pleasure for on the assistance given to their children saying that they could not buy stationary materials for their children.

Metin Çetiner, international coordinator of the organization, told Cihan news agency that they plan to build a playpen and do some research to increase water resources in the area.