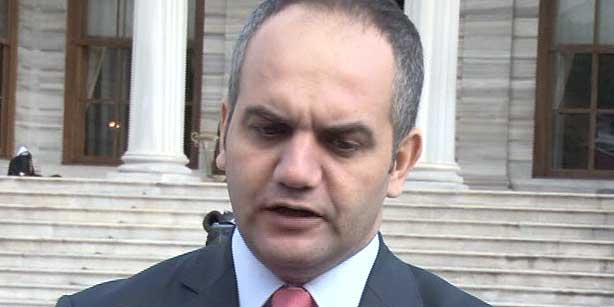 İSTANBUL
A national TV station announced on Monday that it will no longer send reporters to Justice and Development Party (AK Party) rallies after one of their reporters was harassed by party supporters on Friday during the party rally organized to welcome Prime Minister Recep Tayyip Erdoğan at İstanbul Atatürk Airport.

Nilay Karakaş a reporter with Kanaltürk TV, which belongs to the İpek Media Group that has been critical of the government’s stance in the recent corruption probe that has rocked the country since Dec. 17, was verbally attacked during her live coverage of the AK Party rally. The young reporter and cameraman Yasin Kamaloğlu abruptly cut the broadcast and left the scene out of concern for their safety.

Following the incident, Tarık Toros, the editor-in-chief of Bugün TV, also of the same media group, announced in his column in the Bugün daily that the İpek Media Group will no longer attend similar governing party events due to the lack of security and direct threat to its employees. According to Toros, Karakaş was targeted with severe profanity while she was simply trying to do her job like any other reporter on the scene.

Speaking with Today’s Zaman, Toros said that they notified AK Party spokesperson Hüseyin Çelik about the incident, but they had as yet heard nothing from the party. According to Toros, increasing tension and attacks directed at the media are a result of the sharp rhetoric of the prime minister. “This is a direct reflection of what is spoken at the podium to the masses,” he commented, and he described the general trend as worrisome. Toros also criticized the prime minister for not displaying any disapproval of the young male AK Party members who wore shrouds at another event as a demonstration of their commitment to Erdoğan.

“It is not just about our reporter and the harassment she experienced, but about the increasing polarization in society,” Toros added, expressing his growing concerns about the state of the media-government relations in Turkey.

Toros also noted that the incident of harassment took place even though the news team had removed the logo from their equipment in fear of reaction from the AK Party crowd due to their recent critical coverage.

Meanwhile, a columnist from the pro-government Yeni Şafak, Osman Özsoy, has left his position and he hinted on his Twitter account on Monday that there had been government pressure on the newspaper to fire him.

After announcing that he had been notified by the newspaper of a decision to cancel his column, Özsoy tweeted, “It is not difficult to guess that there was motivation from beyond the newspaper administration that led to this.”

He added that disparaging former companions because they have parted ways due to a disagreement as the prime minister has done does not suit his character.

Özsoy also said these kinds of incidents are “not a period but a comma” and that the most important thing is that the “nation is walking toward the future.”

In his column published on Dec. 24 in Yeni Şafak, Özsoy tried to justify Turkish Islamic scholar Fethullah Gülen‘s “conditional curse” on those who are trying to cover up the corruption investigation and dismissed attacks on Gülen for being an Islamic scholar and cursing people.

He also posted several tweets in the past few days criticizing the government’s intervention in the judiciary and slamming the defamation of Gülen.