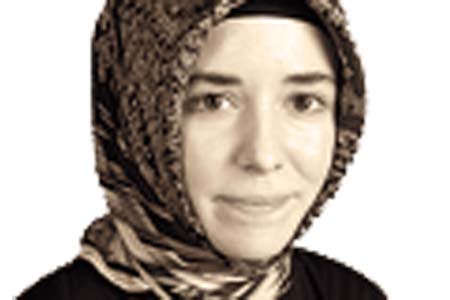 The government plan to close down prep schools continues to remain a hot topic in the country.

In the latest development in the debate, Prime Minister Recep Tayyip Erdoğan’s ruling Justice and Development Party (AK Party) referred its Kütahya deputy İdris Bal — who opposes the government’s planned closure of the prep schools — to the party’s disciplinary board for expulsion on Thursday. A statement released by the AK Party said that Bal was referred to the disciplinary board on the grounds that he gave “speeches that conflict with party politics,” implying that it may have been due to tweets made by Bal last week.

According to Bugün columnist Adem Yavuz Arslan, some newspapers, such as Akit, use very harsh language against the Hizmet movement in the prep school debate. Arslan wrote that newspapers are free to criticize things, but the criticism cannot be made as a form of revenge. The right to open a prep school is a democratic right, Arslan said. He said he does not think that members of the Hizmet movement are rising up against the government, as some suggest, but that they are only trying to express that it is wrong to close the prep schools.

Kütahya deputy Bal last Thursday tweeted his opinion that prep schools serve an important purpose in leveling out disparities in the quality of education. In another tweet, he added: “A private company cannot be opened or shut down on orders. Because the market does not operate according to orders, this system will continue underground.” Columnists shared their views on the prep school debate.

Zaman’s Mustafa Ünal said that politicians cannot remain indifferent to what the public wants and he believes that the government will lend an ear to what people think on the prep school issue and make their final decision accordingly, even though the government has shown its resolution in closing the prep schools.

Respected Brazilian senator and Professor Cristovam Buarque, well known for his dedication to education, told Sunday’s Zaman during a visit to İstanbul that he has been impressed by the investments of Turkish businessmen who are inspired by the Gülen movement, also known as the Hizmet movement, in education even without an expectation of profit.

The PakTurk School organised a ‘Language and Cultural Festival’ as well as an Olympiad which was participated by students and their parents from different cities of Pakistan.