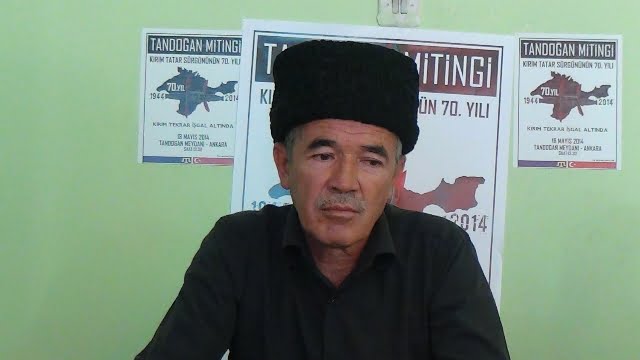 Crimea Foundation’s board member and Crimean Turks Culture and Solidarity Foundation’s director in Seydisehir, Konya, Mustafa Sarikamis said they are to provide food aid to one thousand families following the talks with Kimse Yok Mu Foundation official.In his remarks at the Crimean foundation’s Seydisehir chapter, Sarikamis drew the attentions to the sufferings the Crimean people have been going through. “What is happening today is the same as the massacre by the illegal Crimean government in May 18th, 1944. The Crimean Tatars, who were made to leave their countries on wagons then, are now facing the same fate due to unemployment and famine. We have been demanding assistance for Crimea from Turkish people and charities. Kimse Yok Mu Foundation has been first to respond to our call for help and promised us to give away food donations to one thousand families over the coming Ramadan. They will also serve iftar (fast-breaking dinner) meals to the orphans. We would like to thank KYM for its help.There are quite a number of Crimean people who have no choice but just a glass of water for sahur (pre-dawn meal). So, we demand donations from individuals and charities so that these people can have their sahur and iftar meals. We would like you to contact our foundation for your donations.”

Published [in Turkish] on Cihan,

Kadri Gürsel Yesterday, in the column I talked about the 12.000 “ashuras” in Chicago by the supporters of the Gulen Movement. Ashura, called Noah’s Pudding in English, is said to represent “living together in peace”. Chickpeas, bean, wheat, and some dried fruits are among the ingredients of Ashura that creates a mixed taste. But while […]