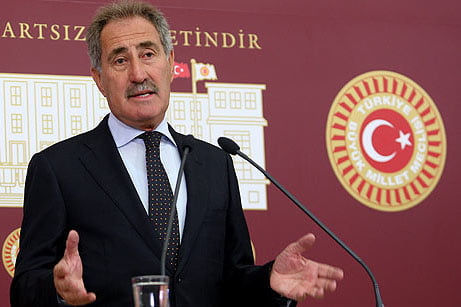 Another deputy from the ruling Justice and Development Party (AK Party) has criticized a recent government plan to shut down prep schools, saying that these institutions are not the cause of problems in the education system but a consequence of the current system.

“We offended the youth who stay in student houses as well as their families with discourse that cast doubt on students staying in these houses instead of seeing addressing deficiencies in dormitories. The same thing happened with the prep school issue. Of course, nobody can defend the existence of prep schools forever. However, prep schools are the result of today’s education system,” Günay tweeted on Friday.

Stating that bringing the closure of prep schools to the agenda before discussing flaws in the education system is perceived as addressing the result of a problem instead of its cause, Günay said this approach leads to misunderstandings. “And when such issues are brought to the agenda without being shared [with other parties] and sanctions are imposed without letting counter arguments be made, democracy does not improve,” he added.

Günay’s remarks come one day after the AK Party referred Kütahya deputy İdris Bal to the party’s disciplinary board for expulsion after he opposed the government’s planned closure of prep schools.

A statement released by the AK Party on Thursday said that Bal was referred to the disciplinary board on the grounds of “giving speeches that conflict with party politics.”

Kütahya deputy Bal last week tweeted his opinion that prep schools serve an important purpose in leveling educational disparities. In another tweet he added: “A private company cannot be opened or shut down under orders. As the market will not work as per orders, this structure will continue underground.”

AK Party Karaman deputy Mevlüt Akgün said he stands behind his earlier promise that he will vote “no” on the bill to close prep schools, stressing that forcibly shutting down these education centers would be in violation of the constitution.