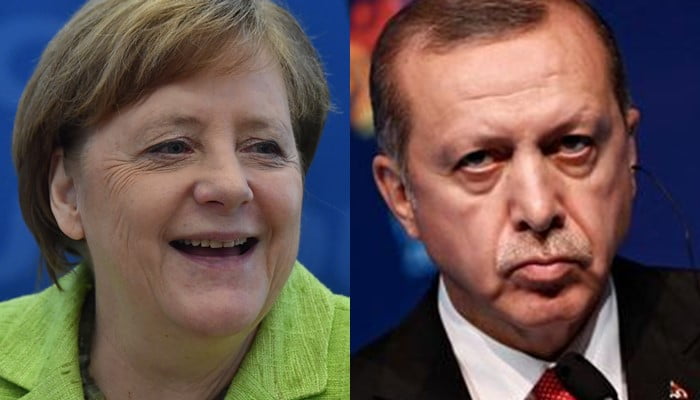 The move is likely to worsen already strained ties between the two NATO allies after Chancellor Angela Merkel said on Friday Germany should react decisively to Turkey’s detention of two more German citizens on political charges.

Without naming its sources, the magazine said the Turkish government had asked the Foreign Ministry in Berlin at the end of April to freeze the assets of the Gulen organisation and its members in Germany. It attached a list with 80 names, it said.

The German government officially rejected the request at the end of June, telling Ankara there were no legal grounds for Germany’s financial watchdog BaFin to crack down on the Gulen movement and its supporters, the report said.

The report also said that the number of Turkish extradition requests sent to Germany had jumped to 53 since the beginning of the year, already exceeding the total in the whole of 2016.

Dogan said the two German citizens of Turkish origin were detained at the Antalya airport, a popular Mediterranean tourist destination, over alleged links to the Gulen organisation.

It said the two suspects, identified only as K.A. and S.A., were transferred to the provincial police headquarters.

Turkish officials were not immediately available for comment, with the celebrations for the Muslim festival of Eid causing delays in contacting officials.

Twelve German citizens are now in Turkish detention on political charges, four of them holding dual citizenship. Among these is German-Turkish journalist Deniz Yucel, who will have been in detention 200 days on Friday.

The detentions have further strained ties between Germany and Turkey after relations hit a low when President Tayyip Erdogan said Merkel’s Christian Democrats were enemies of Turkey and called on Turks in Germany to vote against major parties in this month’s elections.

Social Democrat Martin Schulz, Merkel’s main challenger in Sept. 24 elections, and other German politicians have urged the German government to issue a formal travel warning to raise the pressure on Turkey.

Such a step could mark a significant setback for Turkey, which already saw the number of foreign visitors drop to its lowest level in nine years last year. Bookings from Germany accounted for some 10 percent of Turkey’s tourists this year.

(Reporting by Michael Nienaber and Sabine Siebold in Berlin; Additional reporting by Tuvan Gumrukcu in Ankara; Editing by Ros Russell)